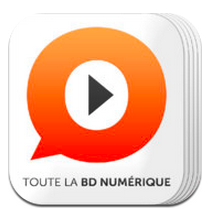 When it comes to pornography, everything is relative. Largo Winch is among the series deemed to racy by Apple.

Last week Apple called Izneo, a French online comic book platform created by an alliance of publishers, to say that 3,700 publications—almost two thirds of their BDs, or comics — had to be removed because of their pornographic nature. The marketing director of Izneo, Nicolas Lebedel, told trade publication Livres Hebdo, that they complied immediately for fear their “application would be completely censured”.

Of course the notion of what is pornographic varies greatly between Europe and the US, (films suffer the same fate in terms of ratings) and as Livres Hebdo put it, the slightest hint of a bare breast was considered suspicious.

In a few days, however, Izneo was able to restore 1,200 of their comics so that 2,500 are still available on Apple devices, however best-selling series such as Largo Winch, Millenium or certain books by authors such as Enki Bilal, labelled 16+, were deemed too steamy and did not make the acceptable list.

“This is a huge problem,” Nicolas Lebedel told Livres Hebdo, “Not only because these comics are best sellers and the mainstay of our target audience. It is even more absurd in the light of what you can find on other Apple sales points such as the iBookstore or iTunes, where our application is also present and not censored.”