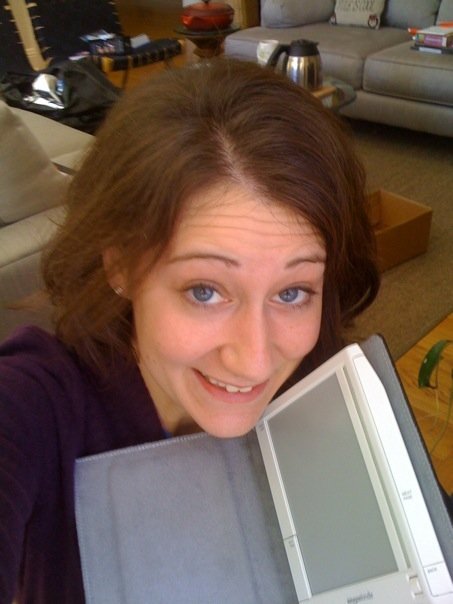 Back in 2008, I was the first of my friends to get the Kindle, and oh how I bragged about it. Over beers at the bar, in the office, at the dinner table, I proudly demonstrated this new device for anyone who would listen. On my daily commute to and from work, fellow subway passengers would ask me about my Kindle. How do you like it? How many books does it hold? Should I buy one? My answer was always an enthusiastic “Yes!”

Now let’s skip ahead to 2013. The bragging has stopped. Nobody wants a demonstration. People wonder why I’m using a device that can barely access the Internet. As the screen on my Kindle flashes between book pages, the guy sitting next to me on the subway scrolls through an ebook on his iPhone. He doesn’t ask me if he should buy a Kindle. Could it be that in just five years, I went from cutting-edge to dinosaur?

(Note: the technology used in the first Kindle device in 2007 was not cutting-edge. E Ink had been around for more than 10 years, and wireless data transfer capability (EVDO) was first developed in 1999. However, the digital content ecosystem that Amazon built was cutting-edge.)

In 2012, ereader sales dropped by 28% while tablet sales grew by over 78%. It all makes perfect sense: people want to spend their money wisely. Why buy an ereader that only serves on purpose when you can buy a tablet that does so much more?

The writing is on the wall for slow and steady demise of ereaders, so why can’t I shake my Kindle habit? Currently, I’m reading on my fifth Kindle, the Paperwhite. The first three broke, and I left the fourth on an airplane. Clearly it isn’t the durability of Kindle that keeps me hooked.

I simply love to read, and in my opinion, the Kindle offers the best reading experience — for now, anyway. I can read any book I want, uninterrupted for hours and hours. The screen won’t flash with notifications and messages; apps won’t ping my device asking to be updated; and I won’t be tempted to abandon my book for some mind-numbing yet highly addictive game (ahem, 7×7).

The Kindle experience isn’t perfect (typos and strange formatting in ebooks, awkward page-flipping, no page numbers), but it’s more portable than print and less interruptive than a tablet.

Next year, I might be singing the praises of a new ebook app or tablet and wondering how I could have stuck with an ereader for so long, but for now, I’m happy to read on my single-use, black-and-white Kindle while my fellow subway riders play 7×7 on their retina-display iPads.