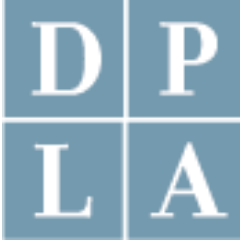 The virtual doors to the Digital Public Library of America (DPLA), the first public online-only library in the United States, have opened. And, according to author Doron Weber, it’s “as if the Ancient Library of Alexandria had met the Modern World Wide Web and digitalized America for the benefit of all.”

It is a free, open-source resource making a variety of digital collections and archives from across the country available in one place. Launched in conjunction with the Smithsonian, the National Archives, New York Public Library, the University of Virginia, Harvard University, Digital Library of Georgia, Minnesota Digital Library, Mountain West Digital Library and others, all of the library’s text, photos, videos, and audio can be searched or browsed on the DPLA website.

DPLA’s executive director Dan Cohen outlined in a blog post the three goals for the new library: to be an easy to-use portal and virtual entry-way to America’s digitized cultural heritage, as well as an online catalogue organizing the collections by time, location, format, and topic; to be a platform for applications developers to build on, adding tools for access and discovery; and finally to serve as a community and innovative institution for advocating free, public access to reading and research in the 21st century.

Cohen told Gill Press at Forbes that, “We’ve had this great tradition in this country of thousands of public libraries, and it’s an important part of our democracy that you can walk into a public library and pull a book off the shelf. We want to find ways to continue that tradition. In the digital age, because of piracy, the inclination has been to lock content down. We want to find a culturally and intellectually healthy mid-point — we think it’s important for a healthy society to also have modes of free access to materials and research.”

The DPLA’s initial launch contains 2 million items, but the hope is to raise that number to 20 million or even a hundred million as time goes on and other partners join the service.

Also, according to Forbes, other hoped for areas of expansion will be applications built by third-party developers using the DPLA API. Two of those applications are currently being showcased on the library’s site, one that facilitates the searching and visualizing of the DPLA collections, the other a tool for searching across both the DPLA and Europeana, a similar portal that offers access to European collections.