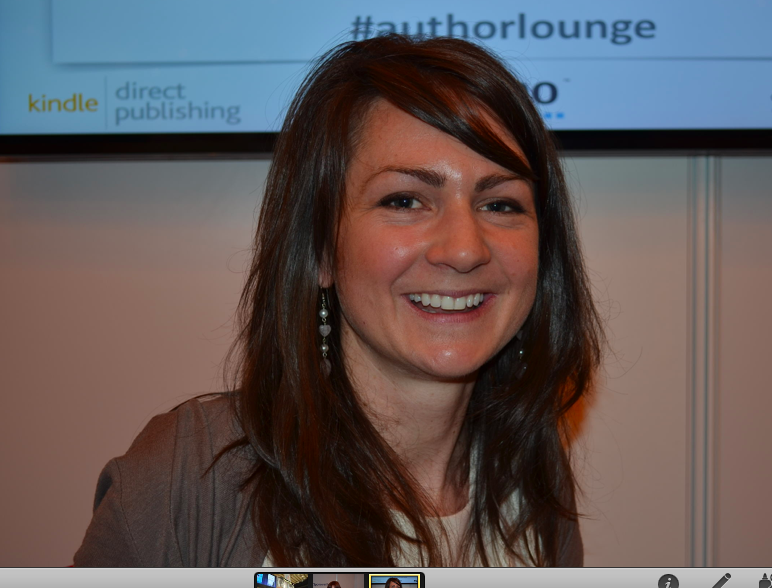 Orna Ross is the founder of the Alliance of Independent Authors

LONDON: If any talk emphasized just how much we are in a new world now, it was the Author as Entrepreneur session on the final day of the London Book Fair. Here, authors Orna Ross and Polly Courtney talked about why they decided to walk away from contracts with Penguin and HarperCollins and go down the self-publishing route — and each offered advice for those wishing to do the same.

For both of them, it was the lack of creative control and the mismatch between their vision of their work, and that of their respective publishers, that caused them to walk. “I got a deal with Penguin after 54 rejections,” Ross told the standing-room only session full of new writers and small presses. “I thought ‘great, this is it, the golden ticket.’ But where I saw my novel as an Irish family story set against the Easter uprising, they saw pink and chic lit.”

Courtney’s experience with HarperCollins was similar. “I tried traditional publishers with my novel Golden Handcuffs in 2004, but they turned it down. So I decided to publish it myself — successfully — which led to an approach from HarperCollins. But their packaging for my second book was completely wrong, so I walked out.”

Scroll forward a few years and both are passionate advocates of self-publishing, with Ross taking her enthusiasm to another level and founding the Alliance of Independent Authors last year “because I decided everyone should be doing it like this.” Polly Courtney, a former banker, is known for “firing” her publisher Avon for their “demeaning” book covers.

Ross’ enthusiasm for self-publishing is infectious. You have the feeling she could talk a traditional editor into resigning and joining her. Among its attractions, she says, is the greater number of chances it offers new writers.  “With traditional publishing, you have one chance. But we can step away from all that now. It’s tragic how many good writers have given up.  Now, if you take a positive, entrepreneurial approach, if you engage with your readers and listen to them, you’ll find they stay with you. Your readers will give you more time than a traditional house does. You can test your product with them – they won’t expect you to get it right first time.”

Engagement with social media was essential with Ross observing: “sales and marketing can be as creative as writing the book itself. You can talk about your ideas online, put your covers out there. That way, people feel they have some ownership and may even want to buy a premium edition.”

Both felt that some third-party help was important, and that money spent on the writing process — a good editor to shape the work, for example — was money well-spent. “There are seven stages to self-publishing,” said Ross. “The first two are writing: first draft, second draft; then editorial help; production — e or p?; marketing; and sales. You have to decide which of those you want do. But this is a hugely creative time now. With traditional publishing, the commercial overtook the creative. Now, I think that indie authors, indie bookstores and indie publishers can come together to make partnerships.”

With the ranks of self-published authors growing by the day across a variety of platforms, there have been some well-documented success stories, from Amanda Hocking to Stina Holmes (who apparently told Ross “I don’t know what to do with all the money”).

Ross offered some very specific advice here. “When you do well, traditional publishers will come calling. When this happens it’s very important to be aware of what you have achieved. A lot of people are very happy to have this offer of help from a publisher, and some people feel they need that validation. But it’s very important that you hold on to your ebook rights. Yes, by all means grant print rights, but you need to think very carefully about your ebook rights. You’ve worked very hard to build that platform and you must realize the value in that. If they do want e-rights as well, they really need to be paying for them.”