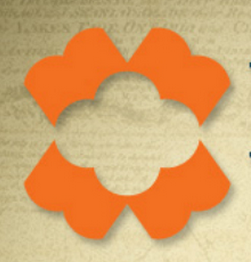 Fritz Lanham at the Houston Chronicle examined a Houston start-up called “Kbuuk” — The “K” is for “cloud” and the “buuk” well, that’s self-explanatory. It’s the latest in a long line of self-publishing ebook platforms to emerge in the wake of the digital explosion.

According to Dougal Cameron, the company’s co-founder and chief operating officer, Kbuuk can convert an author’s Word document into an ebook using proprietary software “that is superior to other translation software and is almost instantaneous.”

The company then puts the book up for sale on its own website, which is hosted on a cloud computing service owned by Amazon. The books are also posted on Amazon in addition to Barnes & Noble and Kobo.

Kbuuk takes 20% from sales off its website, but nothing from sales through other channels. The company believes that its real revenue source will come from the software and services they have designed to help authors and publishers “build a website that captures reader hits and creates a base of potential buyers that can be tapped over and over.”

Cameron told the Chronicle, “The value we bring to the author is the opportunity to cultivate a following of avid readers.”

The concept for Kbuuk came from Cameron and Issac Shi, a China-born software developer, who later teamed up with marketer Heather Weid. Cameron admits, though, that the trio, at least initially, didn’t know a lot about the publishing industry, “but it seemed like the ebook train was a pretty big phenomenon. One that was impacting an industry that wasn’t software based.”

“What we bring to the table is software development,” he says.“We bring a knowledge of how to apply software to a problem. Isaac starts building a prototype and then bounces it off the market to get feedback. As it becomes used by the users, that is the sandpaper that refines it down to what it needs to be.”