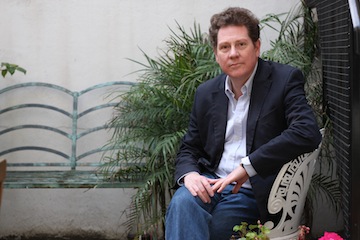 In a wide-ranging discussion that looked at the ways the publishing landscape is changing and how all players are having to adapt, he said: “Just as publishers are looking at different ways of monetizing the rights they hold and how they account, so agents may need to consider how they should be remunerated. Many authors for lucrative books which are easy to place are choosing to simply pay fees to a lawyer rather than commission. Agents may increasingly look at a combination of retainers and hourly rates as well as commission.

“It is wrong to sign away rights, many not even known, forever, now that books never go out of print.”

“We also all need to look at limited licences — I suggest ten year licences as with translation — to allow greater control of rights at a time of rapid technological change. It is wrong to sign away rights, many not even known, forever, now that books never go out of print. Naturally, publishers and agents will be reluctant to do so arguing that they should reap the benefits of what they have sown, but ten years should be sufficient to recoup the investment made.”

Some agents complain that publishers will simply sit on rights, but do nothing to exploit them, that the book is effectively out of print when it doesn’t need to be.  One even said that a publisher had gone ahead with ebook publication without an agreement.

Hachette UK CEO Tim Hely Hutchinson said he understood some of the concerns. “I’m sympathetic to the modernization of contracts, although I must say that trying to get any new clause through all the different agencies is extremely difficult. I do think that the out-of-print clauses we have do offer various sensible modifications, such as the publisher has to generate x amount of value through whatever editions. Is it really constructive from the author’s point of view for us to print 200 copies and put them in a warehouse where they will sit? The sensible thing to do is to agree with the publisher what level of activity and/or preferably revenue is the publisher generating, and if the publisher can’t generate that threshold of revenue after a period, then, after being given due notice, perhaps it’s fair enough for the rights to revert to the agent.”

Lownie sees the market becoming both more polarized between established brands, TV tie-in books, celebrity books and the rest, but also more fragmented as everyone fights for a bit of the action. “There will no longer be clear demarcation lines between what publishers, agents, booksellers, authors will do. We are already seeing authors adopting an a la carte view towards representation, splitting books between agents — sometimes several — and publishing some themselves. They are buying in editorial and marketing expertise, but combining the roles of author, agent, publisher and bookseller.”

His own agency’s Thistle programme is a perfect example of how the landscape is changing. Thistle is the agency’s in-house digital and print-on-demand publishing imprint which uses Amazon’s White Glove publishing programme to release e-books and print-on-demand copies of titles where the e-book rights are not controlled by a publisher. “We’re not only making authors’ backlist titles available, but we’re also plugging the rights gap by publishing books into territories where rights have not been sold. Also, sometimes publishers cannot publish fast enough. Thistle published a book about a papal conclave overnight when the Pope resigned.

“Just as publishers are signing up successful self-published authors, there’s no reason why they shouldn’t do the same with books that agencies have tested, trailed or established. The slush pile has just moved on a stage. Thistle has already had success placing translation and film rights off the back of books originally published under the Thistle imprint.”

As publishers gather in London next week these issues, and more, are sure to be discussed as the industry moves towards a whole new way of being.