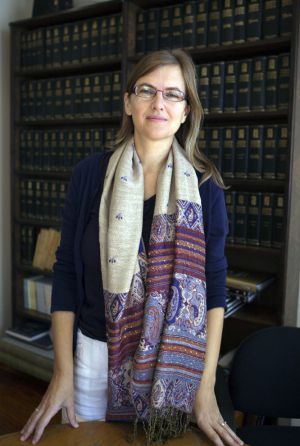 Amsterdam is well known for its innovative and trend-setting cultural scene. Visual arts, design, music and the film-industry, all excel in this city. So does the Dutch publishing industry: in spite of catering to a so-called minor language, it counts more than 4,000 publishing houses and almost 2,000 bookstores, and it has published 45 million books in 2012. No doubt, Amsterdam is one of the most interesting cities to look at when it comes to the creation of books and catalogues.

The Buenos Aires Book Fair is very excited about launching its City of Honor program with this wonderful partner. The Café Amsterdam will add stunning design to our halls and host a first-rate literary program, aimed at the more than one million visitors that come to the Fair every year. During the Professional Sessions — from April 24 to 26, when the Fair opens only for publishers, booksellers and librarians — it will also be the meeting place for many Dutch editors who’ll be visiting Buenos Aires for the very first time. Companies like Athenaeum, Busy Bee, Querido, Signatur and the publishing department of the Van Gogh Museum will be present, looking for new business opportunities with their Latin American colleagues.

The discussion panels have room for all kind of subjects, from a traditional overview of the publishing business in Europe to an exchange of strategies on “how to survive a crisis” — a topic on which Latin Americas might have a few things to teach the Dutch.

There will also be exhibitions on book design, book illustrations (with the presence of the admired Wouter van Reek) and comics, and the big editorial boom on both sides of the Atlantic. And of course, authors like Cees Nooteboom, Herman Koch, Arnon Grunberg and others will surely have very rich meetings with their local counterparts. Hopefully, many more books will be translated into both languages in the next years.

The last decade has been a good one for the cultural industries in Latin America, books included. In 2010, 134,406 titles were published in our countries. Argentina comes second after Brazil, with a production of 26,391 titles, meaning 67 titles published per inhabitant. Mexico, with 20,686 books published that same year, has 19 titles per inhabitant. These numbers now only demonstrate the size and scope of the market; they also give us the right to think of Buenos Aires as the big doorway to this varied and promising region. We hope you can come!