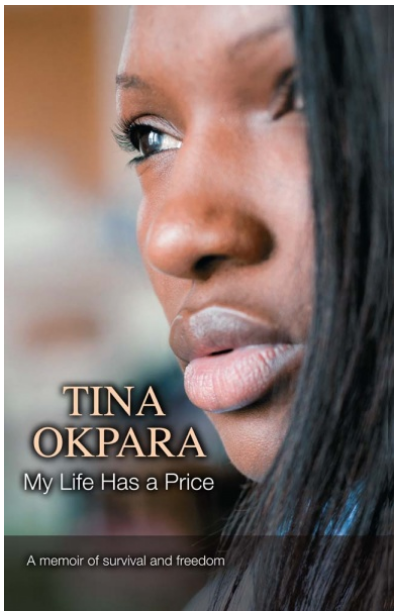 Founded in 2009, Amalion Publishing is an up-and-coming house that only publishes books by African authors. Based in Dakar, Senegal, Amalion distributes its books across the African continent, which requires different strategies for Africa’s various regional and national markets. (They also have distributors in Europe and North America.) It publishes works on social science, media studies, economics, and business, as well as contemporary poetry. It also publishes memoirs, such as Tina Okpara’s My Life Has A Price, her riveting account of the torture and abuse she suffered as a teenage girl at the hands of a prominent Nigerian football player and his family, after she had gone to live at their house in Paris.

Publishing in English and French Simultaneously

Somewhat unusually for a new publisher, Amalion has been publishing in both English and French from the beginning — a reflection of their continuing dominance as written languages decades after the colonial era. By comparison, Wolof (the language most widely spoken in Senegal) is not formally taught in schools, and thus is much less used in written form. Amalion’s founding director, Suleiman Adebowale is originally from Nigeria, but he has lived and worked in Senegal since 1996. For sales to most West African countries, Adebowale says, Amalion ships books from Dakar, with the exception of the outsized Nigerian market, where he has found a very good local distributor. But for many other African countries, Amalion does fulfillment through its U.K. distributor. The one exception, however, is South Africa, which is “a hard nut to crack,” as he puts it.

“Basically, it’s an untapped market for African publishers. It’s a very cosmopolitan country, with considerable pockets of Africans from elsewhere — Zimbabwe, Mozambique, Congo, and Nigeria, for example. They include not only poorer migrants, but a professional elite.” That literate, middle-class elite should be an obvious book-buying market, one particularly interested in books from their respective countries, but to date, African books from outside South Africa are hard to find there. “You’d think that books from other countries would have some reach in the South African market, but distribution networks don’t give non-South African writers an ‘in’ into that market,” says Adebowale.

Adebowale describes the African market as a collection of regional hubs: one such hub is Dakar (and Francophone West African countries more generally, which share a common economic zone and single currency), as are Dar es Salaam, Lagos, and Nairobi, for example. These hubs effectively serve as key bookselling markets and points of distribution for publishers, which are useful for collaborations among publishing houses. “Collaboration efforts between African publishers could be the answer for us. Other publishers are doing interesting things with co-publications now, and making them work.” Radio and newspapers play a primary role in book publicity for publishers in Africa, says Adebowale, but he cast some doubts on their effectiveness: “In reality, a book gets some ‘noise,” but how effectively can we calculate tangible sales gains from these efforts? I feel they are overrated much of the time. Instead, the most crucial element to Amalion books has been our authors themselves. When they get their networks involved—whether via social media or their extended families and friends—their efforts are far more effective in selling books.”

Despite Amalion’s own success in reaching different markets, distribution within Africa remains an issue, Adebowale points out. “We need more distributors. For publishing in Africa to become successful, the distribution sector needs to improve. People need to see distribution as the opportunity it is.”

Nevertheless, he remains optimistic about the long-term prospects for the African publishing industry: “The business is certainly getting better. If the situation is bleak, why are there so many new African publishers coming out now?”

This article originally appeared in the Show Daily of the Abu Dhabi International Book Fair.