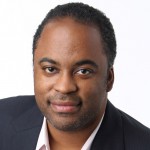 Publishers who want to sell direct-to-consumer need to make payment processes as frictionless as possible.

Over the past year I’ve thought quite a bit about the challenge facing publishers as they transform themselves from primarily trade facing organisations into businesses that sell direct to consumers. Randy Petway is the COO Advance Division at Publishing Technology

At the moment a lot of attention in this area is rightly being focused on how publishers can solve the book discovery problem and create focused online communities of readers to which they can sell books. But the focus on creating demand for buying books, magazines or other content directly from publishers also risks de-emphasising the most critical part of converting an interested browser into a paying customer: payment.

Payment is the key area where Amazon’s relentless focus on simplifying the process of buying something online -even as far as fighting to patent its ‘One Click’ payment method – has put it way ahead of the competition. The fact it already holds the credit card details of 164 million customers worldwide means it has become the path of least resistance for a vast number of online shoppers. Therefore in order to wrest business away from existing online retailers, publishers will need to carefully consider how they make their direct-to-consumer payment processes as frictionless as possible.

Thankfully this is also an area where publishers could potentially take advantage of payment services providers own eagerness to diversify their own businesses away from the staples of electronic commerce. For example, last month American Express announced it had struck an agreement with Twitter that would allow users to buy products or services directly via the social network for the first time. Reporting on the story, The Wall Street Journal said:

“American Express card holders who connect their card numbers to their Twitter accounts can post on Twitter to trigger a purchase of select products, including discounted American Express gift cards, Kindle Fire tablets from Amazon.com Inc. and jewelry from designer Donna Karan. The program will roll out over the next few days.”

What’s just as interesting as this development, however, is seeing how it fits into a wider strategy for American Express focused around ensuring its customers use its payment services across a wider number of platforms. Here we see that American Express is essentially offering “plug and play/pay” services to businesses who want piece of the e-commerce action but may not have the expertise or infrastructure to handle payments themselves. Nor is American Express the only provider operating in this space, which is also now occupied by Google, O2 and Barclays among others.

What does this mean to publishers? If content publishers are going to gain traction as direct to consumer businesses in an environment where consumers expect paying for goods and services to be as instant, services like those offered by American Express are a credible alternative to building their own payment infrastructure. What’s more, if these payment systems are also baked into social media they also present a tantalizing opportunity for publishers to get a commercial return from their existing presences on social networks. There’s also a solid business case for social networks themselves to get in on the social commerce act. All the major networks — from Facebook to Twitter to Foursquare — are searching hard for ways to monetize online social interaction and this could be it.

Currently these services are in their infancy and even uptake in the “hundreds of thousands” customers is dwarfed by Amazon’s 164 million, but it’s a start. And for businesses like publishers, which have considerable interest in becoming multichannel retailers in themselves, they present a tempting opportunity to diversify their sales.

Randy Petway is the COO Advance Division at Publishing Technology