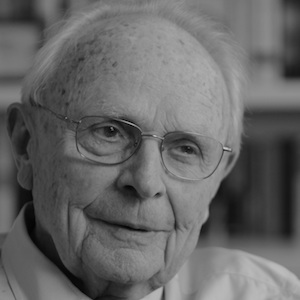 “Publishing has come to resemble less the selling of paintings or other creative work and more that of carpets or refrigerators.” What have I learned from my long experience? What wisdom can I impart? Sometimes it’s the unanticipated moments that clarify and offer a larger meaning.

That happened for me on a sunny day in the late spring of 2009 when I was hailing a cab at Lafayette Street and Bleecker in Manhattan, half a block from my office, to take me uptown to a luncheon appointment. The first empty taxi saw me, stopped, and I hopped into the back seat.

The cabbie was a Middle Eastern man in his late thirties or early forties, and as we headed up Park Avenue South, which at midday is like traversing quicksand on rollerblades, we engaged in conversation.

We were about up to 40th Street when, emboldened by our conversation, the driver said to me, “Excuse me sir, but may I ask you a question? This may sound naïve, but I’m relatively new to the city. How do you get rich in New York?”

I paused for a few moments to think and then said, “What you should do as early in life as you can is find an occupation or line of work in a field that really interests you. If you get involved and become committed and stay with it, you can live a long time and enjoy it, and have a rich life.”

“For seven decades, my work has sustained me emotionally and spiritually.”

He was probably talking about money and I about personal reward, but he seemed to understand.

After stepping out of the taxi, I realized I had given him a two-sentence synopsis of my life. For seven decades, my work has sustained me emotionally and spiritually. It carried me through four divorces and periodic difficulties in business. It enabled me to work with and be at ease with men and women of talent, influence and status.

As the world has changed around me, my goal as an agent has remained the same: to help the writer advance his or her career, rather than just to increase my personal income. If I did the former successfully and chose my clients well, I assumed the latter — the personal income — would follow, and it has.

I realized, shortly after starting my literary agency in 1952 and after making a few sales, that my knowledge of what a New York literary agency does and how it works was very thin. Yes, an agent sells books to book publishers and articles and short stories (not much anymore) to magazines, but the day a friend who was editor-in-chief of all the Time Life magazines told me he didn’t know what an agent did, I began to think.

The agent has to know good writing and what is a good, interesting-to-the-publisher idea at that moment in order not only to judge what he can sell and what he can’t, but also because often writers tried and untried will seek his advice. And he must know.

An agent is successful if he can attract and hold effective writers; these are two different talents. You have to know and understand the lives and problems of writers and devise how to help them with their lives. If you take on a young or new writer and his first book is a rousing success, you have a different problem: other alert agents — and there are a few around — may suddenly approach him or her offering to do more for him or her than you do, a situation you need to be ready for if you are an accomplished agent.

The agent has to know more about every aspect of publishing, which editors and publishers are right for each writer and are experienced in the kind of book your writer is producing. He must also know the current state of the market, which changes frequently, what books or kind of books are selling, what prices are being paid, etc. If your writer turns out to know more about any one aspect of the business than you do, you have a problem unless you recognize the situation before he or she does, and do something about it.

The best agents are a good judge of people — meaning primarily their writers. They never say anything negative to anyone about their clients. They are selective and judicious in their expressions of enthusiasm for the work they sell, so that when the time comes that they are wildly enthusiastic about a book they are trying to sell, their enthusiasm will mean something to the editor and publisher.

Though things have changed dramatically in my 60 years as an agent, in 2013, the money is still there for big books but much of the fun and antics are no longer possible as publishing has come to resemble less the selling of paintings or other creative work and more that of carpets or refrigerators. Books are no long bought on the basis of one editor’s commitment. It is “committee publishing” and the on-site principal owner of a publishing house has long since been replaced by the executive-for-hire — someone who knows more about the business than he or she knows about the quality of the book.

Starting in the last decade of the 20th century, I felt publishing was a new and different ball game. Editors were no longer able to make the same leaps of faith on submitted material that they had before. Often editors were more interested in promotability than content.

In the 90s, I suspected that one major publisher had instructed editors — in an effort to make them more helpful to the bottom line — that if a manuscript under contract when delivered needed substantial editorial work, no matter how important the author, to dump it rather than spend all the time to work with the author to fix it. I was never able to substantiate this, but it happened enough times to make me believe it was true.

“You have to know and understand the lives and problems of writers and devise how to help them with their lives.”

Another publisher in the early years of the 21st century instructed editors not to buy any book unless they were absolutely sure it could sell 20,000 copies or more, which of course eliminates one of the most interesting and exciting aspects of book publishing.

As the electronic publishing world becomes more prominent, I have often been asked if I believe the book, as we now know it — the print book — if it will be with us in the years to come. My answer is always “yes,” but that is not the right question. The right question is, will people always be interested in reading?

Readers are interested in storytelling, as they have been for centuries, since the days when tales were carved on stone tablets or later when Native Americans scrawled legends on the inside walls of their caves. Storytelling will be with us forever although the form through which it is transmitted to us may change and the method for publishing those stories may alter.

I became a successful literary agent because I liked good writing — everything from Charles Dickens (whom I didn’t represent) and Howard Fast, author of Spartacus and dozens of other dramatic historical novels, whom I did represent, to the superb journalists Jimmy Breslin, the columnist who magnified the voice of the underdog; Frank Deford, author of Everybody’s All American, Alex — about the death of his daughter from cystic fibrosis — and half a dozen other books; and Bill Nack, author of Secretariat and the leading turf writer in the late 20th and early 21st centuries; and Jeff Greenfield, the fine writer and distinguished political commentator. And once in the agency business, I realized many of the writers were outliers, anti-establishment, and larger-than-life characters. These people bucked and sometimes changed the system and grew with the times.

To me, the most rewarding aspect of being an agent has been the representation of authors whose books have changed our culture and I hope I continue to do so.  I’m now, as I write this, ninety-two years old and still in business, five plus days a week. I long ago came to the conclusion that if you stop learning, you might as well give up. I am still learning…

Sterling Lord is the founder and cochairman of Sterling Lord Literistic and has been representing authors such as Jack Kerouac and Ken Kesey for more than half a century. In January, he published his memoir Lord of Publishing with Open Road Media.

DISCUSS: Is the Romance of Publishing Dead?