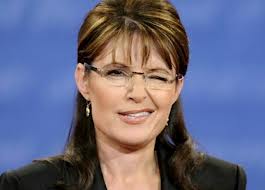 HarperCollins announced yesterdays that it has a deal with former Republican vice presidential candidate, Alaska governor, and Fox News commentator Sarah Palin to publish her latest book, A Happy Holiday IS a Merry Christmas. The book will criticize the “over-commercialism” and “homogenization” of Christmas and call for a renewed emphasis on the holiday’s religious importance.

“Amidst the fragility of this politically correct era, it is imperative that we stand up for our beliefs before the element of faith in a glorious and traditional holiday like Christmas is marginalized and ignored,” Palin said in a statement released through her publisher. This will be a fun, festive, thought provoking book, which will encourage all to see what is possible when we unite in defense of our faith and ignore the politically correct Scrooges who would take Christ out of Christmas.”

(There is no word on whether Palin has actually read Dickens’ A Christmas Carol, which offers the world a purely secular vision of holiday celebration, and which, in fact, never uses the words “Jesus,” “Christ” or “nativity.”)

According to HarperCollins, the book will advocate “reserving Jesus Christ in Christmas – whether in public displays, school concerts (or) pageants.” Palin also “will share personal memories and traditions from her own Christmases and illustrate the reasons why the celebrations of Jesus Christ’s nativity is the centerpiece of her faith.

The book is scheduled for publication in November.