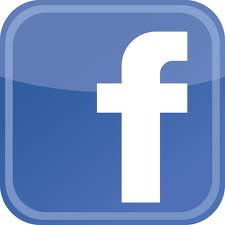 A new UK start-up that aims to target the untapped market for reading on on smartphones, was announced at the UK’s Independent Publishers Guild conference on March 7. Developed by Scottish mobile technology specialists Evanidus, the service, called Boosh, is built around customers reading titles, then passing them to their Facebook friends who will be given the option to buy.

Industry heavyweight David Roche, whose roles in the UK have included Sales Director of HarpeCollins and CEO of Borders, is on board as a Non-Executive Director and explains: “We’re trying to replicate word of mouth for the digital age. The smartphone market has huge potential when it comes to reading, and there are also many opportunities in emerging markets like India and Africa. Our target customer is the general reader, not necessarily someone who has a Kindle or who goes into Waterstones.

“We have lots of publishers on board with a wide range of titles — anything from crime and thrillers, to women’s fiction and erotica. Publishers are providing us with books through we can seed the market, via the author’s own social networking sites, or the publishers’ sites. The idea is to then use these dedicated fans to build a bridge to new readers.”

Initially, the service will work via Facebook, although Evanidus is talking to Twitter and other avenues. Authors’ fans will be able to send these ‘seeded’ titles to their Facebook friends, saying “I think you’ll like this.” Those friends can then click on the jacket and have an option to buy the title via the Boosh app, with revenue being shared between Evanidus and the publisher.

“Once a book has been read it will be deleted,” Roche adds, “but you are given three options: to buy a permanent digital or physical copy, to share the title with a friend or to recommend to your Facebook friends.”

Evanidus says that “the combination of mobile and cloud technologies used in the model provide unrivalled protection for publishers’ IP.” The scheme is in a beta trial at the moment, with a full commercial launch planned for this summer.