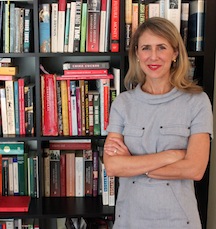 HONG KONG: Literary agent Kelly Falconer, who this week formally celebrates the launch of her Asia Literacy Agency (ALA) in Hong Kong, has some strong words to say in defence of a group of people she feels are overlooked by the industry.

“I am very concerned by the general disregard and lack of due respect given to translators,” she says. “I despair of the paltry fees offered to them, many of whom barely subsist on what they earn. I think fairer agreements need to be made more standard, and not only afforded to the big names in the translation industry.”

She is urging publishers and authors alike to take heed and understand how tough it is for translators. She adds: “To rely on a small coterie of translators is to limit what we are able to read and discover about other countries and their cultures. Translators are often the ones who call our attention to books that should be given a broader audience — it’s not just the bestseller lists in foreign countries that do this. Translators should be given a fair advance, plus a share of royalties as a matter of course, and the authors they are translating should understand this also. For some reason, this still does not happen.”

Until the end of last year, Falconer was the Literary Editor of the Hong Kong-based Asia Literary Review. She established the agency in January this year, with the aim of giving writers from across Asia “the ability to reach a worldwide market, and to present readers in the West, or indeed the rest of Asia, with a variety of authentic voices that confound their expectations, and the stereotypes they may have grown used to, and comfortable with.”

She believes the industry has come a long way since Amy Tan’s The Joy Luck Club (1989) or Vikram Seth’s A Suitable Boy (1993), but thinks that “we are still reading stories similar to these, despite the rapid socio-economic changes rolling out across the developing world. Asia is a complex, vast region, a majority of minorities, each with their own particular traditions and sensibilities. In just six weeks, the Asia Literary Agency has already signed a wealth of talent, including authors from Burma, China, India, Vietnam and Thailand, and we’re looking forward to seeing our authors’ books on the shelves, on e-readers and made into films.”

For Falconer, it’s all been quite a journey. Born in Florida, she must be the only former cryptologic Korean linguist in the industry, a role she held with the US Air Force in the early Nineties before she read English at the University of London in 1998. As the title would suggest, being a cryptologic Korean linguist involved analysing intelligence data in the language in question. The position required a security clearance so she still can’t say exactly what she did.

From 2001 to 2010, she held a variety of editorial positions with publishers in London, including working in-house for Weidenfeld & Nicolson and Virgin, and as a freelancer for a number of other publishers, including Orion, Constable & Robinson and Granta magazine. She has also contributed book reviews and articles to the Financial Times, the Times Literary Supplement and the Spectator.

She moved with her husband, Graeme, to Hong Kong in June 2011, and continued freelancing as an editor and occasional writer, which led to her joining the Asia Literary Review. “When I first moved to Hong Kong I thought London was the center of the publishing universe, and the justifiable arbiter of the literary canon; however, I soon learned that a great deal of what we were reading in the UK and in the USA was so limited, and so blinkered that it sometimes bordered on cliché.

“I came out here with a very large shipment of books that I had meant to read — most of them from the Western canon, old and new — but since my arrival in the East I have been too tantalized by and interested in what’s going on here in the literary world to pay as much attention to what’s going on in the West, which I would have done otherwise, though I do still pay attention of course! I haven’t liked all of what I’ve read — who does? — but it has been an education nonetheless. We’re so lucky out here to have a busy schedule of festivals competing for our attention, and to have Hong Kong as the host city for the Man Asian Literary Prize.”

She is looking forward to gaining a wider audience for her writers. Among them is He Jiahong, a Professor of Law at People’s University in Beijing whose first novel Hanging Devils was recently translated into English and published by Penguin China. ALA also represents Ayesha Heble, whose debut Third Person Singular was shortlisted for this year’s Tibor Jones South Asia Prize. In addition, the agency also handles foreign rights for Hong Kong-based publisher Typhoon Media.

Falconer concludes: “Asia will be driving the world economy over the next century. Alongside this, I believe we shall see the emergence of the most diverse, authentic and creative voices from this vast and complex region. I am very excited about the future of Asia, and about representing Asia’s next chapter here at the Asia Literary Agency.”

DISCUSS: Is There a Dearth of Literary Agents in Developing Markets?