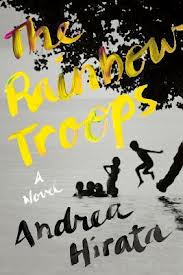 Those bestselling novels that are too culturally specific to resonate with an international audience are likely never translated. Books, always, seem to defy expectations. Some are hyped to high heaven and never meet expectations; others surprise. Take the case of Herman Koch’s The Dinner. The Dutch novel, a huge success in Europe, has found itself in the top ten on The New York Times Book Review’s bestseller list for three weeks running.

Like the Times‘s own reviewer, Claire Messud, I had my doubts that the book would resonate with American readers. The novel, in short, covers a multi-course dinner at which a pair of brothers and their spouses meet to circuitously discuss a crime committed by their sons. One brother is a politician; the other — Paul Lohman, the narrator — is a former high school teacher retired for medical reasons. The crime is not as central to the plot as it might be in a crime novel or thriller, but does provide a crux which enables Koch to explore issues of European economic, political and social pretense. It struck me as a distinctly European — and Dutch — novel.

Messud wrote too of her doubts about its ability to attract an American audience:

The Dinner is, to some extent, analogously culturally attuned, but attuned to a distinctly European society, one simultaneously more ostentatious in its apparent “civilization” and more ashamed of its underlying savagery. It will be interesting to see whether Paul Lohman’s clandestine rage has the power to disconcert a nation already bathed in the blood of mass shootings.

Of course Koch was, before he was a novelist, a comedic actor. He wit is deft and not nearly as direct and blunt as might strike a foreigner of a typical Dutchman. And, as noted, the book is selling well in the United States.

So, in summary, my theory that the book was “too Dutch” to resonate with American readers is, well, blown.

As we have seen frequently in the past, there are dozens of “international bestsellers” that are presented to publishers each year. Some, like The One Hundred Year Old Man Who Walked Out the Window and Disappeared by Jonas Jonasson seem to, well, “translate.” The book is part crime novel, part comedic romp — and it is Swedish, a country that has been “hot” in recent years. And while the novel is recognizably Swedish, it is not so culturally specific as to alienate non-Swedish readers.

But I still wonder.

Are there books that are indeed too culturally specific to sell well across borders? I suspect there are. But the publishing industry is so finely tuned these days that virtually any book with potential to sell will get a good look; those that don’t are the ones that will remain locked within their own borders. And that makes perfect sense.

Crime novels, sex novels…there are some things that are universal. Some things are, perhaps, not. It will be interesting to see whether a novel like Andrea Hirata’s The Rainbow Troops, a five million copy bestseller in Indonesia and the bestselling novel in the country’s history, will attract an overseas audience. Is it too Indonesian to hit bestseller status? Yes, maybe. But that won’t necessarily be the reason the book doesn’t hit the lists. That will have more to do with the mercurial and unpredictable tastes of the reading public, as we know so well.

So the question of “is there a formula for an international bestseller” is all but moot. The answer is obvious: “Hell no.”