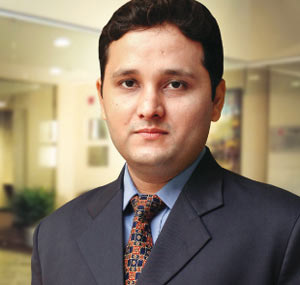 Caroline Mortimer reports in The Telegraph that Amish Tripathi, an Indian banker turned best-selling author, has received a record-breaking 50 million rupee advance (valued at $912,000) for the South Asian rights to his next three books. (Vikram Seth and Amitav Ghosh have both received larger advances in the past, but those included rights to the British and American markets.)

The contract is the “largest deal ever struck” in the region, according to Tripathi’s publisher, Westland Press.

“The offer was made on the basis of not only the past sales record but also in our belief in Tripathi as a writer and his ability to deliver another blockbuster trilogy,” Gautam Padmanabhan, chief executive of Westland, told AFP. (We covered Tripathi career at various times in Publishing Perspectives here, here and here.)

The work, still without a name, is a trilogy that Tripathi will begin working on when the marketing campaign for his most recent work, Oath of the Vayuputras is done.

“I have four or five ideas and I’m not sure which one I’ll develop. But my first three works have now sold over 1.5m copies and brought in more than 400 million rupees (or $7.3 million), which I’m told is pretty good,” Tripathi told The Guardian.

The paper cites Tripathi as “one of a new wave of writers selling huge quantities of books which mix reimagined ancient Hindu myths, history, narrative and spiritual wisdom…Tripathi’s first three works were a ‘re-imagined’ account of the life of the god Shiva…they have become cult reads, with the most recent launched last week by Bollywood stars with a music-based marketing campaign featuring a specially recorded CD.”

“It was about Shiva as a real historical man living 4,000 years ago whose adventures were so grand that people began to think of him as a god,” Tripathi told The Guardian. “It’s difficult to categorize as a genre. There is fantasy, mythology, history, all written as a thriller but with philosophy too.” (Interestingly, the first volume, The Immortals of Meluha, was self-published in 2010 after a series of publisher rejections.)

The paper cites market analysts who say that such works are “tapping into a resurgence” of interest in Hindu myths as well as early Indian history.  More than 350,000 copies of Tripathi’s most recent book have been sold to bookstores out of a 500,000 print run, twice that of the last Harry Potter.  B Narayanaswamy, president of Ipsos market research in Delhi told The Guardian that “There is a preoccupation with who we are and where we come from. As we become more global as well. Our roots are becoming more important to people and Tripathi’s books are engaging without being demanding,” while adding that he felt that the enormous advance was unjustified. “The cruel fact is that Indians don’t read books. I think paying that much was a mistake.”

However, The Telegraph points out that the deal also allows Westland, which is part of the Tata conglomerate, access to Tripathi’s “pool of various plot ideas,” according to Padmanabhan.

“The success of Tripathi’s books is empowering for other Indian authors,” Shobit Arya, founder of rival publisher Wisdom Tree told the paper. “They need to create their own success story and the deals will follow.”