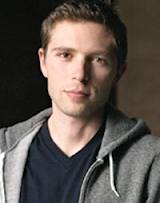 The Daily Beast reports that just two weeks after journalist Jonah Lehrer apologized for the “frailties” and “weakness” that resulted in his firing from The New Yorker and the withdrawal of his best-seller Imagine, Houghton Mifflin Harcourt (HMH), the publisher of all three of Lehrer’s books, has decided that it will no longer be selling his second book, How We Decide. An internal review uncovered “significant problems” with the book, leading to the decision to take “How We Decide off-sale,” with “no plans to reissue it in the future,” HMH senior vice president Bruce Nichols said in an email.

The publisher, who removed Imagine from bookstore shelves in July and offered refunds to those who had purchased the book, will “shortly alert accounts about How We Decide and offer to refund returns” from customers, Nichols reported, adding that the company’s review of Lehrer’s first book, Proust Was a Neuroscientist did not reveal any problems and that the book will remain in print.

Imagine was pulled from shelves after Tablet Magazine reported that Lehrer had fabricated and manipulated quotes from Bob Dylan. It was then that he resigned his position as staff writer for The New Yorker. At that time, Lehrer publicly declared that the “lies were over now.”

The Miami Herald reported that at a recent speech in Miami, Lehrer blamed himself for “arrogance” and “carelessness” while expressing hope that he could revive his career. But in The Daily Beast, Michael Moynihan reported that in another recent apology, “Lehrer said that he “hadn’t thought about” providing a full accounting of the errors and plagiarism in his work. But now Houghton Mifflin Harcourt, thankfully, has finally done this for him. And, hopefully, here ends the whole squalid saga.”

For the most comprehensive take on the earlier Lehrer controversy read our contributor Boris Kachka’s New York magazine study, “Proust Wasn’t a Neurscientist. And Neither was Jonah Lehrer” from this past December.