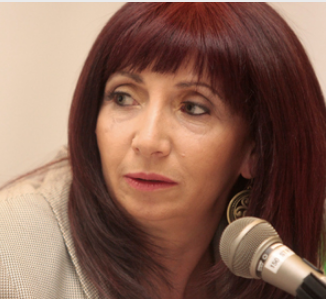 Marisol Schluz will bring lessons learned in Los Angeles to the leadership of the Guadalajara International Book Fair.

BUENOS AIRES: A study of demographics does not always lead to accurate conclusions. The fact that Spanish is the second most widely spoken language in the United States sits at the centre of a data driven delusion that has cost the Spanish book industry millions of investment dollars. That the 45 million Spanish speakers in the United States outnumber those living in Spain or Argentina, the two top selling Spanish language book markets, it stands to reason that Spanish publishers would pursue book buyers in what looks like a possibly lucrative market. But, are these potential hundreds of millions of dollars in sales merely a mirage?

In 1994, at height of Clintonian optimism and its global expansion, Planeta opened a venture in Miami. The year was 1994 and Publishing Corporation, with headquarters in Pembroke Pines, Florida, opened a distribution venture that later, in somber 2001, became a publisher.

Planeta is the largest Spanish publisher in the world, ranked 12th among its global peers, and we can’t doubt their financial power, nor is it advisable to question their business acumen.

Yet, let’s look at the data. After nearly two decades in business, Planeta Publishing Corp.’s revenue was just $5 million for 2011 — or a mere 0.4% of Planeta’s worldwide business.

What happened? Demographics are misleading if you don’t ask them the right questions. It’s not that the Spanish speaking population in the United States doesn’t read. But when they read they do it mostly in English.

English is the aspirational language of every American immigrant, and I plead guilty that this is a soft insight. As a product of European immigration to the New Continent, I carry it in my blood. When my great-grandparents arrived in Argentina from Italy, their first task was to master Spanish. And they succeeded. My Catalan speaking grandparents on my mothers side, who had all every political and historical reason imaginable to treasure their native tongue and keep it alive, never spoke it with their children. And while I do speak both, Italian and Catalan, the languages came late in life, and mostly because for literary and business reasons rather than familial loyalty. When I served as CEO and publisher of Muchnik Editores and Poliedro, I always knew that my American customers were at the Spanish departments of universities.

As an immigrant, the language of the new country, where struggle to build a new life, will always be dominant. You want it, you allow it, so you can build a life among your peers. You want to talk to your Chinese-American neighbour; to conduct business with your Russian-American colleague; to make friends with the parents of your children’s American friends. Most of all, you want this for your children, so they can succeed in the new environment.

LéaLA, the Spanish language book fair in Los Angeles, is a successful if yet young enterprise. In 2012, its second edition, LéaLA doubled their non-professional visitors to 67,000, an encouraging number. Marisol Schulz was behind the accomplishment. Now, as April 1, Schulz — former Editorial Director of Alfaguara Mexico — will take charge of the Feria International del Libro Guadalajara (FIL), taking over from Nubia Macías, who has led FIL for the last ten years.

This now makes Schulz responsible for both FIL and LéaLA.

Another Strong Woman to Run FIL

Schulz adds her name to a long list of women who have transformed the once provincial capital of Jalisco, Mexico into a lodestone for the global Spanish-speaking publishing industry.

FIL was conceived in 1987, when a wary book industry was at odds, believing that the future book fair was not a good idea at all. Scepticism was so pervasive that one month before launch, just nine exhibitors had signed up. Unwilling to give in to defeat, organizers Maricarmen Canales and Margarita Sierra crossed the northern border to preach the news of the new fair to American public librarians. They convinced 90 to attend (out of a potential market of 75,000 public libraries). Suddenly the attitude publishers turned from gloomy to hopeful and the total number of booths skyrocketed to 230 in a single week. Canales and Sierra were succeeded by María Luisa Armendáriz and Nubia Macías.

Asked about the prevalence of women running FIL, Schulz cited demographics. She told El informador: “The reason might be that there are a lot of women in publishing. I’m not saying there are not men who are good professionals in the trade; it’s not a gender issue. But when looking for candidates—and it happened to me both with Alfaguara and LéaLA—it’s women who got the position.”

That original vision of a fair that would link the book trade of both Americas, North and South of the Colorado River, has proved fruitful. These days more than 7,000 American public libraries buy books in Spanish from the FIL. Exhibitors have grown tenfold from the first brave 230 and now some 40 countries are represented. With 20,000 professionals, in attendance FIL has become a powerful brand. Last year, 425 media professionals, from Mexico and abroad, covered FIL; and some 500 writers attended the event.

>Schulz, who witnessed Santillana — owner of Alfaguara and Taurus—grow in Mexico from a tiny publishing house with 10 titles a year to one with an output of 100 titles annually, is now in charge of a fully grown-up beast. She knows it and says: “I definitely understand the responsibility that is assigned to me and the commitment that it demands; I am fully aware of the implications and accept them with great pleasure and great pride.”

What Does the Future Hold for FIL?

Today, Schulz, will find a well tempered and firmly established FIL. But is her appointment an early indicator that Mexico too is suffering from that decades old data driven delusion that inspired Planeta to open offices in Pembroke Pines?

It’s too early to tell.

Last year, at the party that closed the three day event at the Nokia Theatre in L.A., the “fiesta” mood mingled with political and cultural overtones. Singer René Pérez Joglar asked the dancers not to forget their native language, because “those who do not love their origins do not love their mother.” And you have to be fluent in Spanish to assess the deep meaning of mentioning “la madre” in any of our cultures, on both sides of the Atlantic.

This year’s FIL Guadalajara will take place from November 30 to December 8. Israel will be Guest of Honor. Let’s wait and see what happens.

A project initiated by Guadalajara University, it was launched in November 1987. It’s now backed by the entire Mexican book industry. Exhibitors have risen from 230 in its first year to more than 2,300 in 2012.

The first computer entered the premises (1988).

The two-year-old fair in Los Angeles is promoted by Guadalajara University and FIL Guadalajara.

Julieta Lionetti is a publishing consultant and a regular contributor to Publishing Perspectives. She lives in Buenos Aires, Argentina.