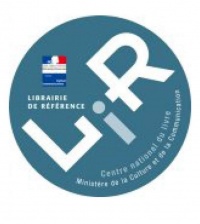 In France, the government will add another €5 million fund on top of existing efforts to help at risk bookstores. France has a strong network of 3,500 independent bookstores. And the government is doing all it can to try and keep them alive.

In 2009, the government implemented the long-awaited “Librairie Indépendante de Référence” (Recommended Independent Bookshop), a label which rates the bookstores like a critic might rate a bottle of wine.

In order to qualify for the LIR label, which is valid for three years, bookshops must fulfill six conditions, among which are that the bookshop play an important cultural role in the community, organizing readings and cultural events; that it have employees who contribute to the quality of the service and that the bookstore’s owner be responsible for buying stock; that the store maintain a large selection of books—typically at least 6,000 titles, the majority of which have been in print for a year or more.

Bookshops with LIR designation receive tax breaks from the government and special subsidies administered by the Centre National du Livre (CNL), including interest-free loans for store improvements and money to support readings and events. Initially, just €500,000 euros were designated for the LIR-related projects.

Now, The Bookseller reports that French Culture Minister Aurelie Filippetti has unveiled the first part of another new plan to “shore up” independent booksellers — all despite earlier reports that France’s huge budget deficit would leave her unable to step in.

She announced that a fund of €5 million would be set up for loans to booksellers with “cash flow problems” and that the budget of ADELC, the association that helps to subsidize bookstores, would rise €4–7 million to help outlets when they change hands. In addition, a general fund for booksellers and other measures “need further reflection,” but should be announced by the end of the summer.

The government, Filippetti insisted, wants to make certain that France “never suffers the same fate as the United States” with “the collapse of several [bookshop] chains and the ensuing difficulties for publishers.”

Matthieu de Montchalin, president of the French Booksellers Association (Syndicat de la Librarie Francaise, SLF), was pleased with Filippetti’s news. “In the last ten years, I have never seen a [culture] minister propose so many concrete measures.” He was especially enthusiastic about officials going after infringements of the 1981 Lang Law on fixed print book prices and the 2011 law that did the same thing for ebooks. This task, De Monthalin, “is extremely difficult for us,” adding that a mediator, which has been considered by several governments over the years, would be “valuable to resolve problems such as applying the Lang Law to secondhand books.”

Perhaps not surprisingly though, publishers, at least according to Herve de la Martiniere, chief executive of La Martinere group, do not believe a mediator is necessary. “No one [among French publishers] is in favor, but no one dares say so,” he told The Bookseller. “We can solve problems among ourselves.”

Whether or not so much intervention can really help France’s bookstores fight off the foe that is online bookselling remains to be seen. Certainly it can’t hurt.