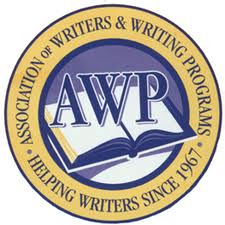 David Duhr, our Virgil through the quasi-hell that is the AWP

The reported number of attendees this year is 11,000, so using the same math, there are actually 9,625 delusional people here. I think I’ve talked to them all. I’ve also talked to the other 1,375. I’m not sure which group I’m in, but I do know one thing: Both are equally miserable.

“I don’t know why it doesn’t stop snowing,” said a pony-tailed dude I shared a cigarette break with. “I come to this thing every f***ing year, and every f***ing year it’s freezing and snowing and I hate it even more than the f***ing year before.” He asked if I would refrain from using his name. I told him I didn’t know it anyway, since his badge was bundled up inside a heavy coat and he didn’t introduce himself. “Well f*** you, then,” he said, before adding, “Just kidding, mate.” The former was more genuine than the latter.

Last year I compared Day 2 of AWP to a marathon during which you poop in any open patch of grass. Let that stand as this year’s scatological analogy as well, because frankly, all of the creative juice has been sucked straight out of my brain—and, I venture to guess, out of the brains of the other 10,999 people here. Many of us seem to be having…um, trouble…finding the…words…to express what we’re…feeling.

I spent most of Day 2 wandering around the two-too-many book fair rooms, asking people why they’ve come to this event. The majority, after thinking for a moment, replied with some version of “I just don’t know.”

A woman named Jess told me that this is her first AWP. I asked her what she thinks so far. “It’s too much,” she said, looking around the giant ballroom with its sea of flop-sweaty faces. Too much what? Too many people? Too many exhibitors? Too big in general? “Just all of that,” she said. “And why does it have to be in Boston in winter?”

Some answers were kind of douchy. An editor at a lit journal said, “I’m obligated to be here—if you’re not at AWP, you’re not a real magazine.” The Paris Review may disagree.

“I just like to soak up the desperation,” said a writer hawking his book. “It’s palpable.” I asked him how many books he’s sold. “Man, nobody here actually buys books. They just pretend to’ve read each other’s shi*t.”

But I spoke with Texas friend and writer Brian Carr for about 45 seconds, during which he sold two copies of his book. “It’s ego,” he said, on why he’s here. “If you don’t come here you feel left out. If I was at home I’d just be checking Twitter, reading about all the fun sh*t everyone’s doing.”

“I’m here to meet editors,” said a young MFAer from Ohio. “I’m always nervous, but then you meet them and they’re always just nerds like the rest of us.” I asked him what kind of editors, nerdy or otherwise, he was hoping to meet. “Anyone who wants me.” For what? “I guess just for writing,” he said.

What about the hundreds and hundreds of panels? Here’s the best answer I heard all day. “I’m burned out on panels,” said a former MFA classmate of mine. I asked her how many she’s been to. Her reply: “One.”

“I really don’t care about panels” is something you’ll hear again and again at this conference. Networking, schmoozing, however you want to label it, is what many of these thousands are here for.

And there’s a heavy AWP undercurrent of “judge and/or be judged.” In fact, at the registration booth on Thursday, a Twitter friend who would prefer we not name him was asked what he wanted on his badge. “Why are you here?” the AWP rep asked, and then typed the answer on the badge. So if you want to know who I’m talking about, keep your eyes peeled for a badge that reads, “[Name]: I’m here to judge.”

On Day 1 one gets a sense that there’s a whole lot of weirdness being tightly bottled up, but nearly ready to explode. On Day 2 it explodes, but the weirdness shoots so high into the air that only a bit of it rains down on us. On Saturday, it will be a deluge. So stay tuned.

I’m doing a promotion at my table where writers are invited to turn in slips of paper on which they complete this sentence: “Writing makes me want to __________.” Here is a random (random!) sampling of the answers I’ve received so far:

I may do all four before day’s end.

David Duhr is Books Editor at the Texas Observer and runs WriteByNight, a writing center in Austin, Texas. Catch him on Twitter at @write_by_night. Or at table Z-29, if you can &*^#*)^ find it.