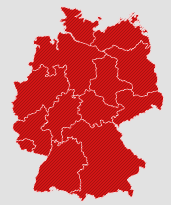 This Friday, ahead of CeBIT and Leipzig Book Fair, Lesen.net reports that three booksellers — Thalia’s Michael Busch, Weltbild’s Carel Halff and Hugendubel’s Nina Hugendubel — as well as Club Bertelsmann Program Director Anita Offel-Grohmann and Thomas Kiessling, CIO of Deutsche Telekom, will come together on stage to make a big announcement about a “really big new project in ebooks and e-reading.”

Lesen.net speculates that it is likely the group will introduce a new e-reading platform, possibly with complimentary devices.

Each bookseller has their own ebook solution, albeit with varying but modest degrees of success: Thalia is selling Bookeen readers, Weltbild has Trekstor devices, Telekom offers it’s own PagePlace e-bookstore online.

So what could come of a collaboration between these five very powerful entities? Perhaps a truly viable competitor to Amazon, which has driven most ebook adoption in Germany.

Of course, as we’ve seen in recent weeks, offering a viable solution to Amazon can be very difficult, even if you have the brand recognition of being the top bookseller(s) in the country. Think only of Barnes & Noble, which continues to lose money on its NOOK business, despite big investments from Microsoft and Pearson and highly praised devices.