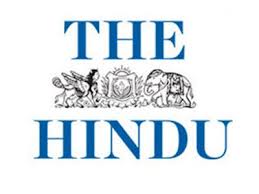 “From Goa to Bangalore, Europe to Shillong, this collection of short stories reminds us of the power and voice,” she said describing Anjum Hasan’s Difficult Pleasures (Penguin Viking).

Of Easterine Kire’s Bitter Wormwood (Zubaan Books), she noted that it was written about “a neglected part of Indian history,” adding that it is about “ordinary people whose lives were completely overturned by the Naga struggle.”

The third book on the list, Jeet Thayil’s Narcopolis (Faber and Faber), which was also shortlisted for the Man Booker as well as the Man Asian Literary Prize, earned a quote of its opening line: “Bombay, which obliterated its own history…”

Roy described the fourth book on the list, Jerry Pinto’s Em and the Big Hoom (Aleph Book Company) as an “unusual” love story. “It concerns an entirely family – not just one or two people. The family is described by the author as a family of ‘survivors — shipwreck survivors.’”

The final book on the shortlist, Kiran Nagarkar’s The Extras (Fourth Estate) is a sequel to his 1994 novel Ravan and Eddie. “His fans waited for decades to see these two back:  Ravan, a taxi-driver, and Eddie, a bouncer and bartender.”

“After selecting these five books,” Roy said, “we realized that we had shortlisted three Bombay boys and two women from the North-East. It was quite an accident.”

For jury members, each of whom had to read 125-130 books sent in by publishers, it was a challenge to come up with just five books for the list. “We [judges] conducted most of our discussions by e-mail, in person on one memorable occasion, and discovered that we had nothing in common when it came to the criteria for deciding the shortlist.”

While one judge emphasized the importance of readability, for example, another one place a greater importance on an unusual story; other judges looked at craft and ambition. “By listening to each other and to one another’s viewpoints, I think we have put together a highly interesting, highly eclectic shortlist.”