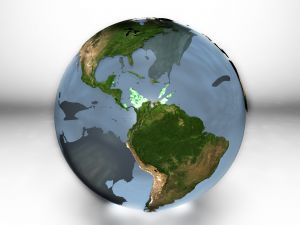 It’s widely acknowledged that the “digital revolution” has yet to fully take hold in the Spanish-speaking countries of Central and Latin America.
TAKE THE SURVEY. As, Cristóbal Pera, Editorial Director, Random House Mondadori notes in today’s feature story, “Regional Reach, Local Focus Key to RHM’s Strategy in the Americas, “while ebook sales are beginning to take off in Spain, in Mexico the digital revolution has yet to arrive, although it will come.”

He also points out that the United States already his most important market for ebooks, citing the debatable statistic that 15% of the 50 million US Hispanics — some 7.5 million people — own ereaders. Of course, this itself doesn’t translate into sales. Last month at the Digital Book World conference Jaime de Pablos, the director of Spanish-Language Publishing, Vintage en Espanol pointed out that while there are indeed 50 million Hispanics in the United States, “while they may speak and watch TV in Spanish, not all or even many of them read in Spanish.”

Yes, America has taken the early lead in Spanish-language ebook sales in the Americas, but that only makes sense — as the US has been a pioneer in ebooks all along (and B&N was easily ahead of the curve in getting into the Spanish-language market with its NOOK ebookstore). But will that market continue to dominate ebook sales for Spanish-language publishers? Perhaps. Or will another country emerge and rise to the top? Could it be Argentina? Or are its government’s economic policies too obstructive? Could it be Colombia, where risk-taking is part of the publishing culture? Mexico? Chile? Peru? Or is it simply too soon to tell?