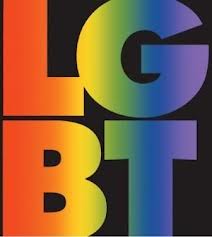 The Lambda Literary Foundation (LLF) and St. Cloud State University Collection Management Librarian Rachel Wexelbaum are conducting an international study on the book reading preferences of 21dt century LGBT people to determine what type of books LGBT people like to read and how and where do they find the book that they like to read. This is the first large-scale study of LGBT book readership ever conducted in the age of ebooks and mobile devices. Librarians, writers, publishers, educators, counselors, and others are often operating on guesses and assumptions of what types of books LGBT readers prefer, how they find those books, and how they read them, based on pre-Internet reading habits. The results of this survey will help determine how best to reach LGBT book readers.

I recently had the opportunity to talk with Ms. Wexelbaum about the study.

PP: Could you tell me a little more about the study itself – has anything like this ever been done, and how was it put together?

As of 2013, no one cay say with any certainty whether or not LGBTA populations prefer print or ebooks for leisure reading, how they find out about books for leisure reading, where they are most likely to acquire books, whether or not they read significant amounts of LGBT books, or whether or not they think that LBGTIQ books on the market are satisfactory. What I do know is that many award winning, core LGBT fiction and non-fiction titles remain unavailable in electronic format, that people who do a search for “gay” or “lesbian” in the Amazon Kindle store will retrieve some trashy stuff, and that unless people have access to print copies of the LGBT “classics” or more recent award winning titles, they really might not know where to start looking for LGBT books.

I have worked with the Lambda Literary Foundation (LLF) for several years as a book reviewer. I refer to their online publication quite often because I am involved with LGBT collection development at the library where I work. Since 1989, LLF has given awards to hundreds of LGBT titles. Some of these titles are already considered part of a “canon” of LGBT literature. As my library was considering investment in Kindles at one point, I took LLF’s list of award winners, the American Library Association’s list of LGBT Roundtable Stonewall award winners, and the Publishing Triangle’s list of award winners, to find out how many of those titles were available as ebooks for the Kindle (the most popular ereader in the United States at the time). I was shocked by how few of those titles were available in digital form, and I shared my findings with LLF since they work with LGBT writers, publishers, booksellers, and donors, and could begin to address this issue. After conducting that study, I began to wonder if LGBT populations – especially younger generations – were more likely to read ebooks than print books now, especially in locations where LGBT books are difficult to find or where people might not feel safe being seen reading a physical LGBT book. I worked with LLF Executive Director Tony Valenzuela to construct the survey questions.

How international a reach are you hoping to have?

I am informing my international contacts about this survey, and hoping the people spread the link as widely as possible. It may be difficult to get responses from countries where it is unsafe to exist as an LGBTIQ person, let alone go to a library or a bookstore and ask for an LGBT book – even the existence of an LGBT book in those countries could be illegal. If people Tweet the survey link, and if it is shared through multiple Facebook posting, people from a variety of countries could access the survey.

Have any findings come in yet? And if so, any surprises?

While it is too early to share definite findings at this stage, we are receiving a phenomenal, record-breaking response to this survey so far. I am surprised at the number of people who have contacted me to assist in the distribution of this survey, or who are interested in the results. At the same time, I have received some constructive and thought-provoking feedback on the demographic questions for sexual orientation and gender identity. Even veteran sociologists who focus on LGBT research struggle with this issue. While researchers try their best to be inclusive, there is no perfect survey, and there is no set of demographic questions that will make all people feel perfectly represented.

For the purposes of this survey, how exactly to you define LGBT books?

An “LGBT book” is any book – fiction or non-fiction – written about LGBT people, culture, history, or issues. It can be written by someone from the LGBT community, but that is not a requirement. Authors who identify as LGBT do not necessarily write LGBT books.

Is there anything else you’d like our readers to know or think about?

At this time, the survey is only available in English, but if someone is interested in translating the survey into other languages to increase international participation, we would be open to this. We also will be conducting a “Phase 2” of survey distribution, where we will be asking LGBT publishers and booksellers if they would be willing to make a link to this survey available through their websites.

Participate in the survey here.