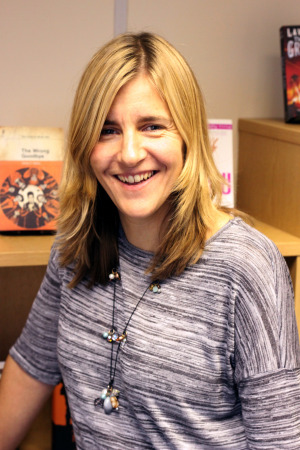 After several acquisitions and innovative programs under the leadership of CEO Rebecca Smart, Osprey is thriving.

OXFORD: They’re the sort of customer other publishers can only dream of. Some of the people who buy titles from UK military history publisher Osprey don’t just buy the books; they buy display spinners too. We’re not talking about bookshop customers here — that is, trade orders by retailers. No, we’re talking about end consumers, people who love Osprey books so much, they’re prepared to buy a retail spinner for their living room, just as if they were a bookshop. “We have around 2,500 titles on the list and if you’ve got all of them you have something of a storage problem,” observes Osprey’s CEO Rebecca Smart dryly. “It’s a nice position to be in. We also have customers who measure how many of our titles they have. They’ll say: ‘I’ve got two-feet of Second World War titles,’ that kind of thing.”

Under Smart, Osprey is undoubtedly having a kind of rebirth. While military history remains very important, the company has expanded into other areas, both non-fiction and genre fiction, while its use of social media for crowd-sourced publishing, as well as other initiatives such as “clonefiles” (see below), puts it right at the forefront of the changes driving the industry. No wonder that Smart is a frequent speaker at publishing conferences around the world.

Paradoxically, it is partly the success of its core military history list that caused this re-birth. “We found that growth was difficult in military because anything we did was cannibalizing ourselves,” Smart explains. “Enthusiasts only spend so much per year. So we took a step back and asked ourselves what are we good at, and it came down to three things: publishing in niches, focusing on consumers and managing a brand. We decided to see what other areas we could apply that to.”

Rebecca Smart: “you only have a brand where it’s a distinct niche.”

The process began in 2007 with the purchase of heritage publisher Shire and was followed in 2010 by the acquisition of facsimile publisher Old House, described by Smart as “the best deal I’ll ever do.” Sales at Old House increased from £250,000 up to one million-plus, in part thanks to republishing Bradshaw’s Handbook, a 19th-century railway journey guide that has iconic status in the UK and was used in a recent BBC TV series.

In 2010 it also began exploring general trade publishing, albeit still within defined niches. It bought sci-fi (SF) imprint Angry Robot from HarperCollins, having seen a crossover of interests among its military history customers. “A lot of our military history customers also read SF, and, like our enthusiast, military customers, SF readers like to share knowledge and be seen to be part of a tribe — that’s how they identify themselves.”

Last summer it added lifestyle publisher Duncan Baird to the stable, an acquisition that includes the MBS publisher Watkins. This subject area is another one that Smart feels has a strong sense of identity among its fans. Turnover for the Osprey group as a whole is expected to be £12–£13 million ($19.2–$20.8 million) at the end of 2013.

Imprints have been added too, like Strange Chemistry within Angry Robot, “to extend SF into Young Adult,” and in May this year comes Exhibit A, a cleverly named crime fiction imprint. Smart believes their approach to imprints differs from that of major conglomerates, which are perhaps less consumer focused. “At major houses, I think imprints are sometimes built around editors and their interests — they’re not necessarily market-focused. But I think you only have a brand where it’s a distinct niche and where customers come back because you’re publishing the same thing.” Much is written about “crowd-funding,” but Osprey (along with companies like & Other Stories) are developing “crowd publishing” and “crowd acquisition.” Its website takes suggestions for books that readers would like to see and a handful of these are put to a vote. “We’ve published three titles like this — The Chaco War, The Brazilian Expeditionary Force in World War II and Armies of the Balkan War 1912-13. I hadn’t heard of the Chaco War, and neither had most of the staff. We couldn’t find an author for the Brazilian Expeditionary title, but our customers found one for us.

“None of these books would have been published without this customer network. But the Brazilian title polled 11,000 votes and all three of these titles sold multiple thousands in the first year.”

On digital, sales are currently around 30% in fiction, and five to 10% on military. “We’ve introduced an XML workflow so that we can create the ebook from the same source as the printed book. We don’t have to convert. Although our military history books are illustrated, we have been able to sell reflowable ebooks in increasing numbers. The illustrations are there to impart information, rather than to make the book look beautiful, so the layout is less important than it might be in other subject areas.”

She talks much about getting the business “future-proofed” and has ensured, for example, that the Osprey and Shire backlists are all available in full-color, print-on-demand editions. Of Angry Robot, print sales have tripled in some independents through its “Clonefiles initative” that sees the digital version bundled free with print. The company is in acquisitive mood, too, backed by supportive investors, and is certainly not standing still.

“I don’t think you can stand still today. With digital and the recession, standing still is not an option.”

Born in Essex in 1971, the daughter of civil servant parents, Smart grew up in Hull. She read Linguistics at Leeds, followed by a Post Graduate Diploma in Publishing in Watford. After a number of production roles with small publishers and at Reed Educational, she joined Osprey in 1998 as Production and Design Manager and has been there ever since. She became CEO in 2009 — one of the few below the age of 40 in the business at the time — and is very interested in the thinking behind leadership.

“I’m a qualified coach and I’ve had coaching myself — I think it’s something everyone should do. Coaching is about people’s relationships with themselves. It’s about looking at the things about yourself that create barriers. The coaching I do at work is about helping people be the best they can be.

“The most difficult conversations are the ones which drive the most change.”

“My approach to leadership is about digging below the surface and trying to understand the issues. In the kind of changing environment that we all find ourselves in now, I think it’s more important than ever.”

Smart seems to have an enabling, nurturing side that may help explain some of Osprey’s success. One can see how elements of the Watkins and Duncan Baird lists would appeal to her. She is interested in the philosophy of leadership and the dynamics of workplaces. “The most difficult conversations are the ones which drive the most change,” she observes. “But those things that you most avoid or feel anxious about are often the things that should be talked about straightaway, otherwise a problem festers. You mustn’t run away from challenges.”

Home is in Oxford where she lives with her partner, Dave, a luthier (no, me neither: a luthier is a guitar-maker and repairer), and her daughter, 9, and son, 6. There’s a permanent pile of books by her bed, as well as a Kobo, and in the stack you might find some “quirky crime, dystopian fantasy and a few coaching and self-development titles.”

She admits to a tendency to do too much “and then crash” and uses self-hypnosis to help her relax. She’s a great believer in maintaining high workplace energy and says: “Energy is something that infuses a building, and it’s top down.”

And if all that sounds too far removed from the everyday, she has the perfect answer: “You can’t manage people until you can manage yourself. Publishing is about people — and if you can’t do the people side, then you can’t do it.”

DISCUSS: Building a Sci-Fi and Fantasy Publishing House from Scratch