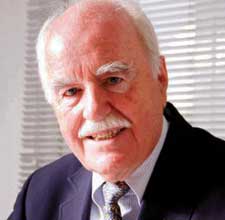 When the news landed in my inbox that Mark Linz, the long-serving director of the American University in Cairo Press, had died of cancer earlier this month, I and many others in the global publishing community were saddened by the loss. News spread last year that Mark had stepped down from the press and that the publisher was seeking new leadership. His absence at the many book fairs where he was a fixture had been noted, but many assumed it was the result of economic woes in the wake of the Egyptian revolution several years ago. I first met Mark at the re-booted Abu Dhabi International Book Fair in 2008. He was riding high on the success of Alaa al-Aswany’s The Yacoubian Building. Seeing I had at least a passing interest in Arabic fiction, he quickly pressed into my hands another of his titles, Being Abbas El Abd, a short, experimental novel by Ahmed Alaidy written not in the vein of Linz’s top-selling author, the Nobel Prize-winner Naguib Mahfouz, but someone somewhat less restrained — the American gonzo novelist Chuck Palahniuk.

Mahfouz and Alaidy demonstrate the wide range of Linz’s interests and ambitions. One got the feeling from Mark that books translated from the Arabic really mattered and he would prove it to the world if he could somehow get them to pay attention.

Of course, working from Cairo made this something of a challenge, though his enthusiasm never wavered even in the face of what must often have felt like indifference. Fortunately, he’s fostered an entire new generation of editors, translators and publishing professionals — among them, our frequent contributor Chip Rossetti, who served for a time as his senior editor — who will carry on his mission for several generations to come.

May he rest in peace, in whatever afterlife he so chooses.