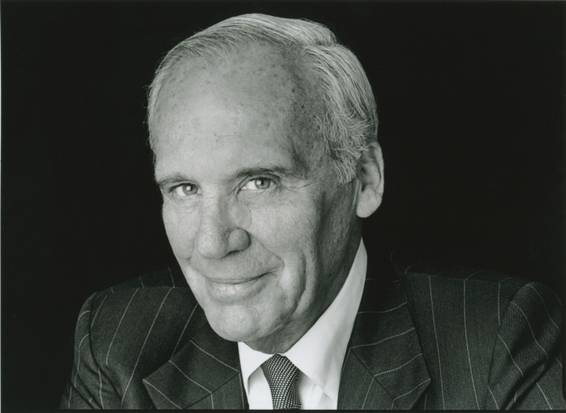 “Goethe said he who cannot draw on 3,000 years of history is living hand-to-mouth,” says Lewis Lapham, the 78-year-old éminence grise of the publishing world. The 78-year-old is sanguine about literature in the digital age.

Lapham, currently touring Texas speaking about the digital age, is best known as the long-serving editor of Harper’s Magazine, a post he relinquished in 2006, after which he launched Lapham’s Quarterly, a journal about history and literature. “The historical record is our inheritance — it is on ships’ logs and bronze coins — and lots gets lost. But mankind tends to preserve what’s beautiful, useful and true.”

At the same time, notes Lapham, “America is about perpetual self-reinvention. The historian Daniel Boorstin calls it ‘America’s transpiration’: You need to be prepared at all times to become someone else.”

Nowhere is this more evident than on the Internet, where identity is fluid and communication is increasingly ephemeral. “We live in a ‘once upon a time’ world where the present comes and goes so quickly, and the future doesn’t exist.”

In the digital age, Lapham says, what gets lost is context — and, often, it’s history that provides the context. “Without context you have no cause and effect. The Renaissance, for example, comes out of the rediscovery of classical antiquity. You can’t know where you’re going if you don’t know where you’ve been.”

Though he continues to publish his beautifully illustrated journal in print, mailing it out to tens of thousands of subscribers every three months, Lapham does not lament the advent of the Internet as our primary means of communication.

“We change our tools, and our tools change us,” he says. “When Gutenberg created movable type in the 15th century, it presented us with a new way of perceiving the world and the new tools give way to new structures of thought. And the changes are both aesthetic, epistemological and political.”

Lapham can’t help but see the world through the prism of politics and class, topics which have been the focus of many of his books over the years. The great-grandson of one of the founders of Texaco, he has spent the majority of his life on the East Coast and is, to the enduring surprise of some, a strongly opinionated liberal.

For his appearances in Texas, Lapham has been discussing how the Internet, digital media and the mind interact. On this topic, he’s surprisingly sanguine for a septuagenarian.

Lapham is a syndicated columnist for Bloomberg News, where he also does a weekly podcast. Lapham’s Quarterly has a robust online presence and is working with the education company Wireless Generation to help produce digital course packs for use in classrooms. “The trouble with most textbooks is there is no there there. And the writing is so bad.”

As for how he came to embrace the digital age, he shrugs, pointing out wryly, “The Center for BrainHealth says that the brain evolves, learns and perceives data differently, more efficiently maybe. The brain is plastic, this gets reflected in our art, architecture, literature…even our politics.”

The Internet, Lapham says, works toward compression and, hopefully, evolution. “Right now Gresham’s law is at work: The bad is driving out the good. But it takes a period of experiment to find out what is junk and what isn’t junk.” Citing Twitter, he points out, “A tweet is a form like a Japanese haiku, and you can make great art out of haiku. Maybe we can evolve over time. But that is not something that can be imposed.”

Circling back to Gutenberg, he says: “When print was invented, there was a lot of objection from the humanists in Italy who cried, ‘learning is getting in the hands of apes.’ It’s the same kind of thing you hear from the New York literary crowd about rap songs and tweets. Maybe it takes another 100 years, but you will get a Montaigne and a Shakespeare.”

A version of this article originally appeared in the Dallas Morning News, February 23.