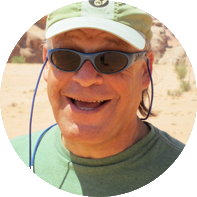 Sometimes you encounter an idea that seems so obvious it’s amazing that nobody has thought of it before. That’s how Yoav Lorch feels about Total Boox, his intriguing new reading platform that is about to be unveiled this March. The idea is simple: instead of paying up front for a book you may never even look at, you download it for free and then only pay according to how much of the book you read. “The idea came to me gradually. I was thinking about the potential of ebooks, and how to make books more interactive, the different types of books you could produce, but then the idea that you could pay as you read — well, that was far more interesting than everything else. So I did away with interactive books and all that. This seemed genuinely different.”

Lorch initially trained as an economist, but after a few years working in that field switched to become a successful children’s book author in Israel. Along the way he also wrote for TV, the theater and produced translations. In the 1990s, he became interested in new technology and founded two successful startups, PressPoint and Zlango. He is a man interested in ideas, and how to make them work:

“If I download it and discover that this book is not the best for me, I haven’t lost anything.”

“When it comes to ebooks, people talk about the technology a lot but they don’t spend much time looking at business models. And so the old business model of pay first read later — which makes sense when applied to physical books — has been smart and sneaky enough to creep into the world of ebooks. But it doesn’t belong there. It’s a business model which may seem to be part of the essence of books — but it isn’t.”

Advantages of “Pay as You Read”

Lorch is convinced that the Total Boox model has many advantages over the old one. “One of the big advantages is the fantastic discoverability. Total Boox connects the point of discovery to the point of conversion. If you hear about something and find it interesting it’s very easy to reach out and grab it since there’s no up-front financial risk involved. Even if it’s a huge book, or an entire series of books, you can download them all. This freedom element I think is very important. It will improve the ability of publishers and authors to discover readers. If I download it and discover that this book is not the best for me, I haven’t lost anything; and there are lots of others out there.”

Total Boox also enables users to send books to friends. “If you love it, you can share it and your friend will only pay if he reads it. This feature is not yet active, but in the future I hope to add a gift option, so that when you send a book to a friend, if he reads it, the gift givers account will be charged.” Indeed, ease of distribution is a major plank of the platform: “Every person, blog, website, social media page becomes an active distribution point. With one click, the book is downloaded, with no need to enter credit card details or pay money.”

Publishers will benefit from another innovative tool featured on Total Boox. “We have developed major new analytics. Today it’s all based on what people are buying. But you don’t know if people are reading all those books, or if they’re reading all of them. With us, it’s based on what people are actually reading. We use this to understand what people like. So for example, if you download Rushdie’s new memoir but only make it to page five, then we will not offer you books that we think you would have a similar reaction to. This will allow publishers to understand what’s engaging for readers, and how the books are consumed. At the moment, analytics tell us about the sale only; our system tells us about the actual usage.”

Total Boox also enables users to create “shelves” showing off their reading habits to friends. “Every user is a creator, and they can create on our network. People like to show their shelves, they are proud of their shelves. So a dog trainer for instance can create a shelf featuring all the books that he or she likes on the topic. If other people see it and like it, they can download all those books at once. It’s like a community of creators maintaining a playlist in real time. It has many applications of course. In the future for instance, pop stars could hire somebody to create shelves for them, and their fans might want to download everything. After that if you read it, it’s your problem — you pay for it.”

Eliminating the Uncertainty of Purchases

Total Boox is currently set up for tablets using both the Ios and Android operating systems. Users will supply credit card information and their accounts will be charged according to how much of each book they read on or offline. The system is logical —if you read 10% then you pay for 10%, if you read 100% you pay for 100%. Publishers are free to set their own prices, and Lorch thinks that this system may enable them to ultimately charge higher prices. “I think that part of the downward trend on Amazon, of giving deep discounts is because of the uncertainty involved. Buyers want to minimize risk; but that risk is eliminated on Total Boox. And if people only pay for what they read, then ultimately they may be willing to pay more.”

In spite of this radical challenge to a centuries old business model, Lorch still says that the response from publishers has been “very good.” The debut list will contain the catalogues of the following publishers in the US and the UK: F+W Media, Berrett-Koehler, Sourcebooks, Other Press, Gibbs-Smith, Red Wheel-Weiser and Constable-Robinson. According to Lorch many others are very interested and he is in the final stages of concluding an agreement with two “big names.”

“The publishing community is frightened,” says Lorch. “There’s a lot of fear. But there’s more fear regarding what’s going to happen if they don’t change. Amazon will kill them. They understand this, and they know that the eBook will not remain similar to what it is now. Everybody knows this.” Libraries could also benefit, he adds: “This could help close the painful gap between publishers and libraries. If the publisher is going to be fully paid for every person reading the book, then they have nothing to lose.”

And so, with the launch looming is Lorch nervous or confident?

“I’m confident in that I feel I have the right product for the right market in the right place at the right time. But I cannot be totally confident. It’s a complex platform so I know there will be hardships, but we will work them out.”

DISCUSS: Will Pay-as-You-Read Allow Publishers to Charge More for Ebooks?