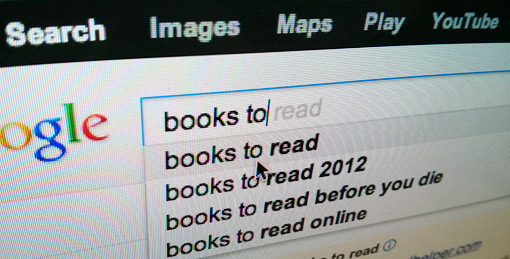 By Edward Nawotka and Mark Piesing

Today’s feature story, “Nudging UK Book Discovery Toward the Mainstream” focuses on one of the latest new entrants into the battle for book discovery, that somewhat vapid term which encompasses all manner of websites, apps and platforms that promise to help you find the next book you want to read.

You would think that we don’t all already have more books than we could ever conceivably read stacked up on the proverbial bedside table or loaded into our ereaders — which, let’s be honest, we do.

For Martyn Daniels, a commentator on digital publishing and Bookseller Association blogger, as there is so “much out there, getting so much attention,” the question for all new discovery platforms like The Nudge List is “what do they want to do when they grow up?” In particular, “how are they going to make their money?”

It is easy to say the app has been downloaded so many times, but harder to quantify its value. Beyond that, he is “skeptical” about the whole concept of discoverability, believing that “the consumer doesn’t have a problem discovering things as there are thousands of ways to do so.” In which case “it is the other way round” — a marketing opportunity for the industry to try to reach an “eclectic” audience who might like a film but not want to read the book.

“So everyone wants to be in the world of discovery and I just don’t understand the benefits.” Although he admits there has been no “category killer” yet — “nothing that you want to look at the moment you wake up.”

An app is one thing, especially one that was developed on a relatively modest budget. But what of the umpteen millions of dollars spent on websites like Bookish and Small Demons, both of which appear to have had only modest success so far? Is all this talk of “discovery” merely the latest catchphrase designed to demand our attention and dollars — like “social reading” and “big data” — a bubble waiting to pop?

Perhaps such tried-and-true concepts such as publicity and book reviewing, handselling and shelf-talkers, marketing and bookselling are merely concepts tailored to the physical world and the digital world requires an innovation in our use of the language as well. Book discoverability may very well be the evolution of these concepts, compressed — and compression is perhaps the one thing the Web does best — into a single word.