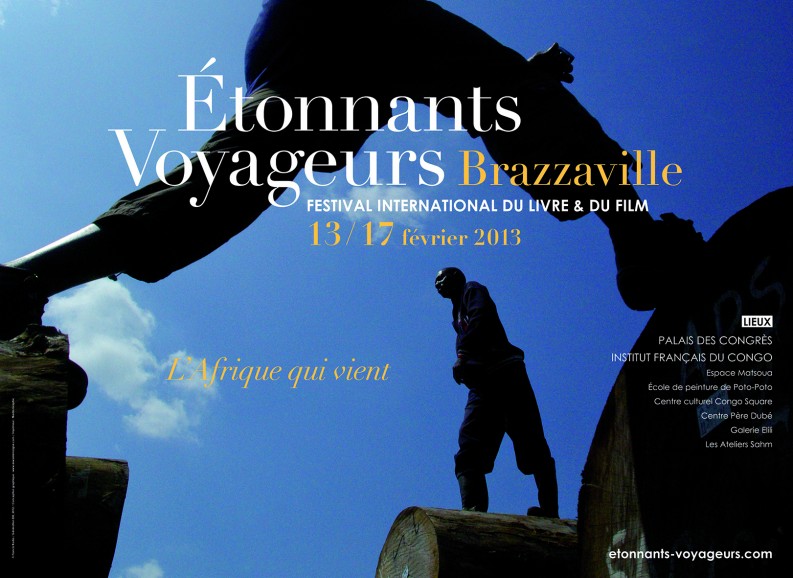 Tomorrow, an ambitious literary and film festival will begin in Brazzaville, Congo. Organized by Etonnants Voyageurs, the idea for the festival came to its founder, Michel Le Bris when he was in his hotel in Port-au-Prince in Haiti last February with the Franco-Congolese writer Alain Mabanckou.

Etonnants Voyageurs had held festivals in Bamako since 2001, but a new edition was impossible because of the political strife in Mali. Bamako had “revealed a whole generation of writers, so it had had a purpose,” said Le Bris. “Friendships were born and it was heartbreaking to see it end. We felt we needed to build something else in Africa.”

Le Bris and Mabanckou decided they wanted to create something “ambitious, that required more means. It would be a meeting of all of Africa in all languages.”

Etonnants Voyageurs recently joined Word Alliance, an organization that brings together leading literature festivals worldwide, which means that the Brazzaville festival could have an even wider reach, added Le Bris.

With the financial backing of, among others, the French Ministry of Culture, the French Institute, Air France and Total, the Etonnants Voyageurs team and Alain Mabanckou swiftly organized an impressively rich cultural festival.

“This is our 24th festival, we’re starting to get the hang of it,” quipped Le Bris.

“I’m interested in how these festivals are machines that capture worlds. We discover young writers, young filmmakers, networks…”

“The young Congolese are like the Haitians. They read everything including phonebooks,” said Mabanckou, who said that at first people didn’t really believe they would come. Le Bris and Manbanckou were determined to make the festival free for the public. “You can’t do something elitist in Africa.”

A new anthology of African writing will be published by Hoëbeke to mark the event. It will feature 26 short stories by authors from Benin, Egypt, Algeria, Cameroon, Mozambique, Zimbabwe, Togo, Senegal, Congo or Zanzibar.

In Africa, writes Alain Mabanckou in an editorial introducing the festival,

“A new generation of artists is asserting itself through literature, music and cinema, with the dream that Africa will affect our humanism through imagination.”