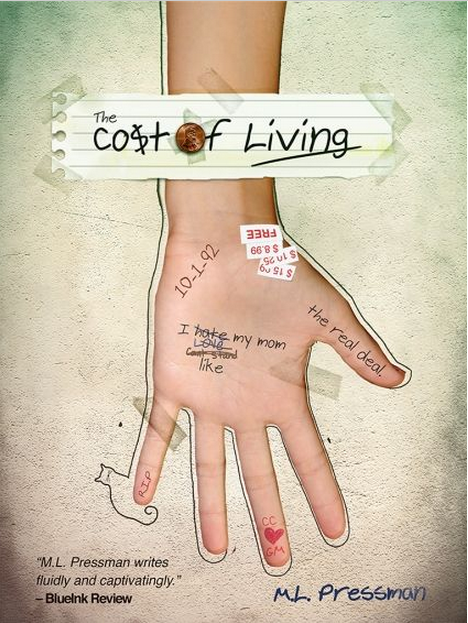 The Cost of Living by Skylar Lark: This witty novel portrays the relationship between a maniacally oddball, coupon-clipping mother, Jean, and her stoic daughter, Caroline, who alternately loves her mother and is ashamed of her. Lark offers jaw-dropping moments, such as Jean’s movie theater scavenge for free popcorn, and uplift, such as when Jean defends her daughter against a mean-spirited teacher. Shocking, touching and humorous, this quick read is a roller coaster ride that keeps readers wondering what shenanigans will happen next. Read review. Read review.

Dangerous Zeros by John Marshall Mills: Mills’ cunning thriller about a world that holds zeros in higher regard than the people it fleeces revolves around Jamie Gulliver, the son of a prosperous banker. When his father appoints one of his peers to the board of his bank instead of himself, Gulliver starts his own company, only to see it struggle when Lehman Brothers collapses. Soon, he turns to a ruthless capitalist for help – with dangerous consequences. Mills’ talent is evident in this shrewd, compelling debut. Read review.

North to Prosperity by Ollie T. Moye: Matt Tolliver has a temper. That much is established in the first few sentences of Moye’s first novel as his wife storms out the door with this prediction: “You’re going to kill somebody with that temper of yours. But it ain’t going to be me.” Thus, the stage is set for this tense thriller, a story that propels readers into the dark world of a troubled loser who finds that the best way to get ahead is to kill the people who get in his way. Read review.

The Way to the Shining City by Elaine Stienon: Stienon’s empathy for her characters shines brightly in this fictional account of a little-known time in Mormon history. The book follows protagonist Gabriel between1839 and 1846 as he joins other Mormons to build a new life, first in Missouri and then in Illinois. The Mormons suffer violent persecution from the townspeople and shock at the actions of Mormon leaders who are rumored to be taking multiple wives. A self-described history buff, Stienon skillfully weaves the lives of her imagined families with the facts of the time to create a compelling story.  Read review. Malta Remembered by Margaret Dexter: A fond family history and globetrotting travelogue, Dexter’s memoir describes what happens after she, her husband Stillman and their children move to England for a year, returning to find that Stillman’s business has gone bankrupt. To rebuild, Stillman takes a job in Libya, while the rest of the family, complete with two poodles, moves to Malta to be nearby. An assured writer, Dexter chooses her anecdotes well, offering a portrait of a place that no longer exists (the island nation has since joined the European Union), and a striking portrayal of a loving, close-knit family. Read review.

Math Vitamins: Daily Dose for Students Learning How to Solve Word Problems by Loretta Jean Everhart: Based on the author’s 30-plus years of teaching math to elementary students, this 8.5 X 11-inch handbook clearly explains concepts and provides specific strategies for teaching how to solve word problems. Well-organized and well-written, the book would be an excellent addition to the instructional libraries of both parents and teachers. Read review.

Twenty-Five Murders (And Probably More): Looking for a Reasonby John B. Dickson: The crime was unspeakably brutal: 25 men stabbed, slashed or shot and buried amid the orchards of California’s Central Valley. Similarly shocking, perhaps, was the ensuing trial of accused murderer Juan Corona, a 37-year-old Mexican farm labor contractor. Dickson examines Corona’s two trials that were riddled with legal improprieties, offering a meticulously researched, riveting read that is remarkably suspenseful, given that we already know how it ends. Read review.