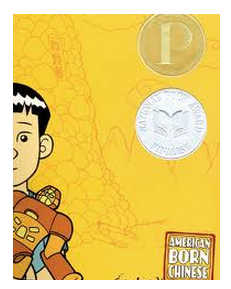 It’s rare in the West for graphic novels to win major mainstream awards. In the United States, for example, the last graphic novel to win the Pulitzer Prize was Art Spiegelman’s Maus back in 1992. And as Duncan Jepson notes in today’s feature article, “Why Asia is Obsessed with Graphic Novels and Comics,” some consternation surrounded the short-listing of two graphic novels for Costa awards this year in the UK, including the eventual winner in biography.

Comic books…let’s not even go there, as they are all too often easily depicted by the popular culture as the obsession and interest of the emotionally or socially underdeveloped. (Want evidence? Just watch an episode of The Big Bang Theory — smart guys, but you wouldn’t want to date one necessarily.)

Of course, this is much different in Asia, where the graphic novel or comic is frequently the bestselling and dominant literary form. As Duncan Jepson notes, “p

This year, if the Pulitzer Prize committee can find it within their power’s to actually confer an award, would be wise to take a long, hard look at Chris Ware’s Building Stories — a book that itself embodies a deep appreciation of the power of graphic storytelling.