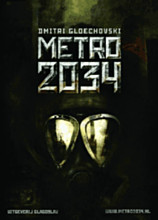 Most if not all of the names on Glagoslav’s list will be unknown to English-speakers. This of course is the point.

Glagoslav Publications was founded in May 2011, and in the brief period since this independent English-Dutch house, based in London and Den Bosch, is dedicated to releasing works that are “uniquely Slavic in nature” has developed a fascinating list featuring some of the top names in Russian, Ukrainian and Belorussian literature. Recently Publishing Perspectives spoke to managing editor and publisher Maxim Hodak, an entertainment and media lawyer turned literary entrepreneur about running a niche press in a climate traditionally tough for translated works.

“The idea of establishing this publishing house was born out of the visible need to compensate for the lack of translations of Slavic literature on the English language book market,” says Maxim Hodak. “Financial backing was provided by a private investor who saw the urgency and potential of this business endeavour. “Today our team consists of seven staff members and several freelancers. We decided to first publish the absolute leaders of modern Slavic literature whose books have a strong appeal for the English speaking reader.”

“Modern Ukrainian literature is currently at the peak of its renaissance, and the post-1991 period has seen an incredible diversity of literary genres and themes.”

And yet, the first thing even the semi-informed reader will note when studying Glagoslav’s list is the total absence of many Slavic nations: there are no Poles, Czechs or Slovenes for instance. Hodak explains that this is not down to prejudice:

“Our current focus is on the Eastern Slavic branch, merely by the fact of our own ethnic heritage. I was born in Ukraine, and this business has a special significance for me on a personal level. Moreover, these particular countries have remained unknown to the wider Western audience, and we’d like that by ways of our books people learned more about them. We’re publishing authors who were born in Russia, Ukraine and Belarus, and who embody these countries’ culture and know their history. We’re also planning on publishing works of other authors from the culturally diverse former USSR.”

Most if not all of the names on Glagoslav’s list are unlikely to ring many bells in the heads of English speakers. This of course is the point, and indeed, adds Hodak, English and Dutch speakers are missing a rich reading experience by not knowing about what’s going on in the literature of the former USSR:

“Many of our authors are the recipients of national literary awards and other recognitions in their homelands, they’ve gained mass readership, attention and respect from critics. For instance, Elena Chizhova won The Russian Booker Prize, her The Time of Women became a bestseller in several European countries and she has received a large amount of reviews in American, British and Australian media. Edouard Kochergin, Aleksandr Terekhov and Zakhar Prilepin are venerable writers whose works reflect various complicated time periods in Russian history — the desperate post-WWII years, intrigues associated with the communist crème de la crème, and modern day Russia.”

Hodak cites Russian Kochergin as a fascinating writer who should be much better known: Metro 2034, the bestselling Russian dystopian novel,  is being offered in a Dutch translation.

“A gifted artist, working as a stage designer for one of our most famous theaters, the Tovstonogov Bolshoi Drama Theater in St.Petersburg, he put together his childhood memoirs, talking about a forced separation from his parents when he was two, life in foster care for children of the enemies of the state, his trek to get back home to Leningrad from an orphanage in Siberia, to find his mother who did ten years’ prison time after being falsely accused of espionage. His remarkable book turned out to be frank, painful and very epic, historic in nature…We have many more authors whose works we are bringing out to our readers, and we’re confident we can satisfy highly demanding literary tastes.”

The boldest aspect of Glagoslav’s publishing campaign is its emphasis on Ukrainian and Belorussian literatures, about which virtually nothing is known in English speaking countries. This is our misfortune, says Hodak:

“Modern Ukrainian literature is currently at the peak of its renaissance, and the post-1991 period has seen an incredible diversity of literary genres and themes. The Grande Dame of Ukrainian literature is Maria Matios, and her books regularly make the top of literary billboard and are recognized nationally, earning various literary awards. One of her works is considered the best Ukrainian literary work of the last fifteen years. There’s another remarkable author Irene Rozdobudko who has mastered the psychological thriller genre, and a young author Larysa Denysenko, a human rights Ukrainian lawyer and activist, whose satirical comedy Saraband Sarah’s Band is also in our catalogue. A very interesting author Serhii Zhadan writes about the first independent steps Ukraine was making right after the fall of the Soviet state. He talks about the values and social make up that evolved and dominated as a result of these events. All of these writers produce works in the Ukrainian language.

“As for Belorussian authors, many deserve attention. We are gearing up to release a novel by Uladzimir Karatkevich, the forefather of the Belorussian historical novel as a genre. We’re also working to publish a novel by a contemporary Belorussian author Natalka Babina. She is a writer and a journalist who has already firmly established herself at home and in the neighbouring countries. Russian classic literary traditions are ever present in Ukrainian and Belorussian literature, but these countries have also developed their own unique literary flavor.”

Glagoslav publish their books in every format from hardback to PDF and make assiduous use of social media for promotional purposes. If you can’t find a Glagoslav book in your local bookshop, Hodak stresses that you can order a copy and receive it within “…a day or two. Recent technological advancements offer rational and convenient tools for today’s publishing industry to produce books cost-efficiently, which is especially applicable for publishing Eastern Slavic books for which a high print run is not expected.”

Every book Glagoslav publishes also gets its own micro-site. Hodak explains:

And Uzbek Hamid Ismailov’s A Poet and Bin-Laden is being offered in English.

“We wanted to establish an information platform where each of our books would be represented fully, with reviews, author interviews, visual and audio material that would expose our books’ background. This is seen as a convenient reader-publisher interface that has also worked well for journalists who review our books. Besides, being works of design art themselves, these websites re-create each book’s unique atmosphere and help readers tune in.”

“The hardest part is to cost-efficiently reach the target audience and deliver the information about our catalogue,” says Hodak. But he is proud of what Glagoslav has achieved so far:

“Our biggest success has been in building a company with a solid book list, organizing a large distribution network and making our books available worldwide. And we did all that in just under a year…our biggest surprise so far was the unexpected attention and warm welcome from readers who have only known a few works of Russian classics that have been incorporated in, say, the American high school curriculum. We’re ever grateful for amazing response we’ve received to the release of our classic Belorussian non-fiction war novel Khatyn by Ales Adamovich. We knew the novel was considered a collectible item among WWII experts, but we did not expect the book to create such a blast — literally thousands of eager readers who not only wanted to learn something new about Belarus in general, but also recognized the universal character of the book and supported us in bringing the message out.”

Among the firm’s latest publications is Kobzar by Taras Shevchenko which Hodak describes as “the corner stone of Ukrainian literature and the foundation of the modern Ukrainian literary language.” Other books pending include a Dutch version of the popular post-apocalyptic thriller Metro 2033 by Dmitry Glukhovsky and A Poet and Bin Laden by former BBC writer-in-residence Hamid Ismailov. “His book on the rise of the Islamic fundamentalism in Uzbekistan has already attracted much attention and it will be followed by many presentations, meet-ups and interviews with the author. We’re also working on A History of Belarus, an unprecedented non-fiction edition that covers grassroots Belorussian history up to the modern day.”

But why should we read works by the Eastern Slavs? Hodak does not hesitate before answering:

“First of all, these books are the source of knowledge about amazing periods of history, people, places, and the circumstances of people’s lives which might have been fairly unknown to the English speaking reader. Moreover, these books are the testimony of truth, based on historic archives, documents and witness records of people who lived through a period of time now gone forever. These books tell a story never ever told in the media. Besides that, the depth of thought and perspective of reality that Slavic authors are known for can enrich the Western reader’s inner world.”

Call for Stories: Seeking Translation Publishers and Those Selling Direct