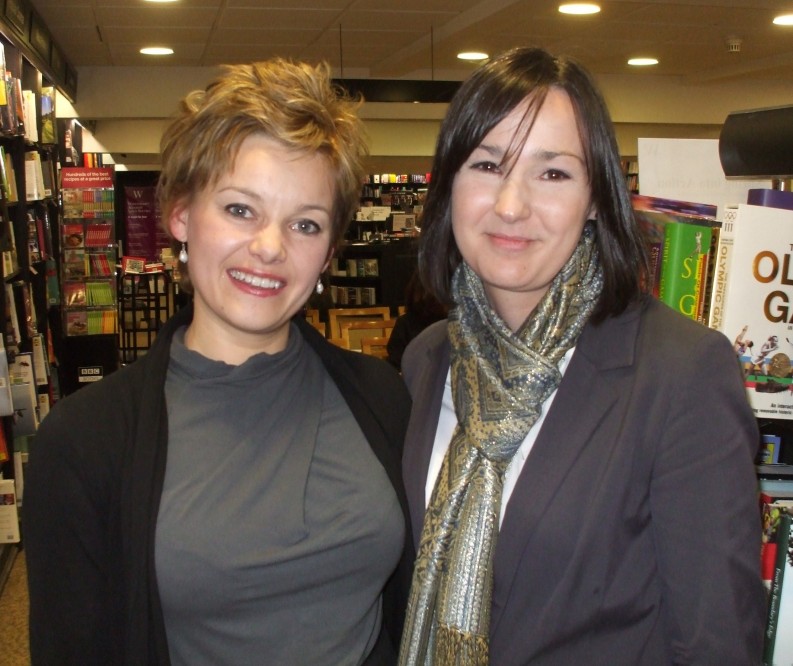 “Major publishers and the media are seriously underestimating the audience for translated books.”

“I am wary of translations,” comments one reader on the booklovers’ website Goodreads, which begs the question: what is the problem with books in translation? Is it really true that readers do not want to read translations? And where does this attitude come from? When we talked to a number of booksellers we were told people who buy books don’t care if it’s a translated title or not, just whether it has a good story. And yet! Last year during International Translation Day, Alexandra Büchler from Literature Across Frontiers provided evidence that translation makes up only 2.5% of all publications in the UK, with a figure of 4.5% for literature. The United States, a nation which prides itself on its immigrant history, is no better with a mere 3% of the market. By comparison other countries far outstrip the UK and US in this regard; in Poland a staggering 46% of books published are titles in translation, in Germany over 12%, in Spain around 24% and in France around 15%.

Translation makes up only 2.5% of all publications in the UK.

Britain is a multi-cultural society with a rich and vibrant immigrant history, a country where one in eight people were born abroad. British society has undergone profound social change in recent years, but are these changes reflected within culture? It seems that when it comes to letting the ‘foreign’ voices tell their stories, Britain is less open to cultural cross-pollination that perhaps we would like to believe.

Mass Market Reviews are Hard to Come By

A vital way that readers find out about new books is through book reviews. All publishers rely heavily on reviews to capture a market for their titles. And although the days of the British Empire are long gone, it still seems that the mainstream media, even those left leaning outlets which pride themselves on cultural diversity and liberal values, are far too conservative to devote column inches to literature and non-fiction in translation. During a publicity meeting we attended with one of the largest papers in the UK, we were told that it’s the books by British and US authors they were interested in, not books in translation. “We’re a British paper,” we were told. We felt at this stage it was pointless to argue about the foreign literary influences on British literature. The level of ignorance and unjustified fear among book reviewers towards literature and non-fiction in translation is staggering. By comparison, bloggers are far more welcoming and open to accepting books in translation for reviews or features.

Publishing a book in translation is expensive. You are lucky as a publisher if you get a translation grant which rarely covers 100% of the amount it is costing you to get the work done; sometimes you get nothing and you face the possibility of dropping the title from your list altogether because it’s simply too expensive for a small press to cover the translation costs. Chances are, if a publisher decides to take on a book written in a non-English language, the foreign author will be very well established with a few prizes under his/her belt to give the publisher a fighting change of getting the title reviewed at all. And so those books translated into English are often literary, high-brow, and serious.

Now, let’s reverse that scenario and say we want to publish an unknown young foreign author who perhaps has not — yet — won any prizes in his/her country of origin, but has written a bloody good book. How are we going to convince a reviewer to give it a go if most of them get an instant headache when they can’t pronounce the author’s name? Let alone if they actually bother to respond to your query as most book reviewers in the mainstream media don’t. No reviews or publicity means no sales. Let’s say after all this you still decide to take a chance and publish the book. If your author isn’t known in the UK (and yes we do realize the twisted logic of this catch 22), doesn’t speak fluent English, isn’t an entertaining type, or God forbid is dead, very few literary festivals will be interested in offering you space. As a publisher you will think very carefully next time a partially-translated manuscript lands on your desk.

Not surprisingly most of the publishing of books in translation is undertaken by small independent publishing houses, and with their limited financial recourses they can hardly make an impact on the market or compete with big presses which pour serious money into publicity and marketing. When was the last time you saw a poster advertising a title in translation on the London Underground? Probably only ever for the recent wave of Scandinavian crime, which seems somehow to have overcome the barrier of being translated and has actually moved into the mainstream. It’s common knowledge that there’s no money in publishing books in translation, meaning it’s done by people who are seriously passionate about literature often subsidise the business with their savings or second jobs.

People are struggling to pay for energy and food let alone spend money on books. Bookshops and libraries are closing down. Big publishers get bigger. Smaller publishers are lucky to survive. Amazon, much disliked among publishers and independent booksellers, the Darth Vader of publishing as we like to call them, has monopolized the sales of books and now publishes books in translation as well through their imprint AmazonCrossing. Like it or not Amazon sells the largest number of our books, which for a small publisher and all our authors it makes a big difference. Unlike the mainstream media, Amazon makes no judgements and will sell any book a reader wants to buy; perhaps publishers and book reviewers should take note?

Is it Worth Publishing Books in Translation?

Readers of translated fiction are never afraid to evangelize about their latest discovery.

After all this, then, is it worth publishing books in translation? If we did not believe in what we do and did not have the passion for great stories we wouldn’t be doing this. Smaller presses move faster and can take risks on authors and books which big publishers would not take on. As the biggest publishers continue to consolidate, now more than ever their commissioning choices are going to have to be driven by the bottom line rather than the love of a good narrative — something worth remembering next time you visit a bookshop or online bookseller. Small presses don’t have Finance, HR, Publicity departments with people who get paid for what they do. We don’t get paid and we still do it. It doesn’t matter if a book is originally written in English or any other language to us. The main question is, do we love it? And do we think other readers will love it too?

Recent years have seen quite a large number of smaller presses entering the publishing market, and half of the books on the Booker shortlist this year were published by small presses. This was hailed in the Guardian as “Independents’ Day” suggesting that the commissioning decisions being made by small publishers are worth taking a look at, and even, maybe, that the media is starting to recognize this. We would love to see more prizes in Britain which include titles in translation — apart from the Independent Foreign Fiction Prize, the Oxford-Weidenfeld Translation Prize and the Guardian First Book Award (which also accepts submissions of translated titles) there isn’t anything else. The recently launched Literature Prize states on its website its international focus, and that it is “open to writers from around the world” — but the book must have been written in English. So much for celebrating international voices; a sadly lost opportunity to celebrate fully the beauty of international fiction.

The publishing market is changing rapidly and small presses are the dark horses of publishing, risking much more than big publishing conglomerates and giving back unforgettable and truly beautifully produced books. The blogosphere and social media buzz around these books is enormous, and readers of translated fiction are never afraid to evangelize about their latest discovery. Our experience of our readership strongly argues that major publishers and the media are underestimating their audience, and that readers are not afraid of translations. Imagine what our collective bookshelf would look like without Kafka, Márquez, Allende, Ngũgĩ wa Thiong’o. It’s time for the establishment to stop fearing translations, to listen to readers, and to celebrate the story, wherever in the world it is written. Britain must throw off its colonial assumption that only the mother tongue can deliver great thoughts. It’s not so long ago that women’s literary voices went unheard; a new cultural battle around translated voices must be fought, and so far it is only the small independent publishers of today who have taken up arms. Time for the others to join the fight.

DISCUSS: Should Overseas Publishers Americanize Their Authors’ Names for US Distribution?