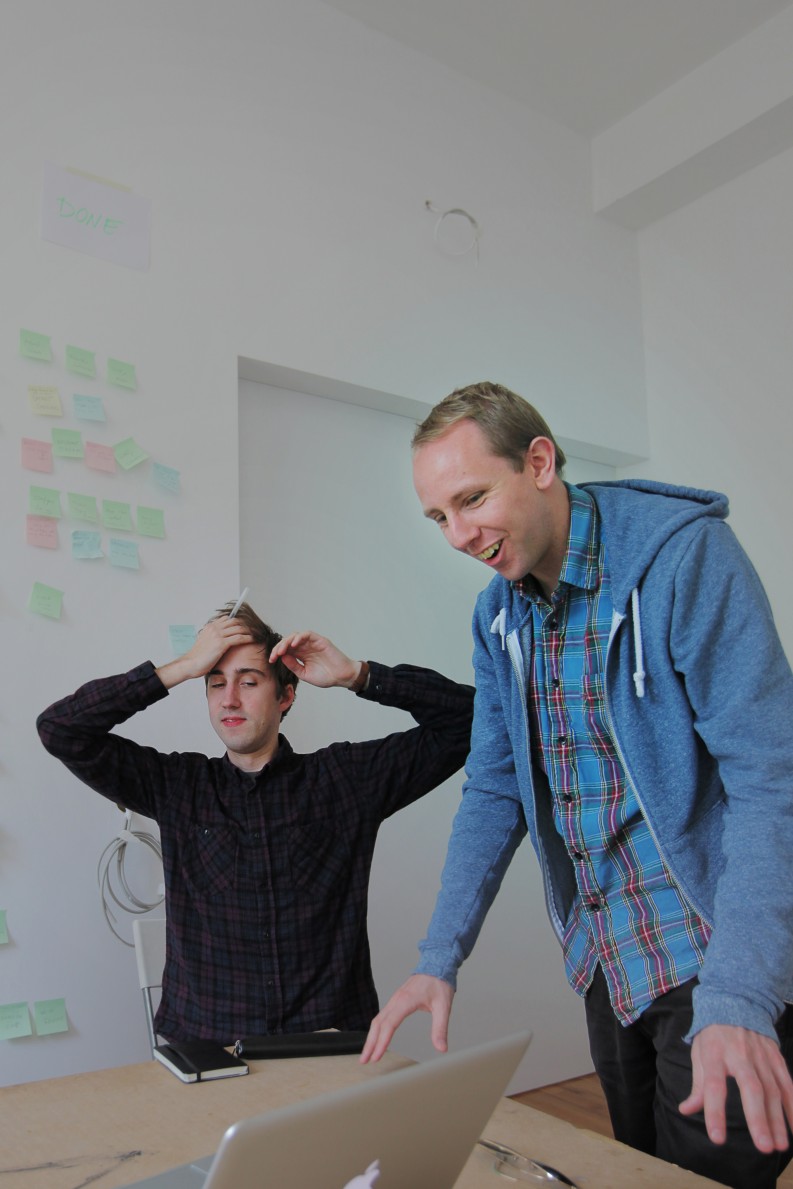 “We are just in the very beginning of understanding how books should work on mobiles and tablets.”

BERLIN: If you’ve been following Berlin’s development as a startup hub, you may already know txtr, the reading solutions business and (more recently) e-reader producer whose development Publishing Perspectives has documented over the years. Now we’d like to introduce two newer companies on the Berlin startup scene that are also working to make your reading experience a better one: Readmill and dotdotdot. “Looking ahead, what excites me the most is that there are many parts of digital reading that still need serious innovation,” says Readmill Co-Founder David Kjelkerud. “We are just in the very beginning of understanding how books should work on mobiles and tablets.” Readmill is a social reading app for iPad that lets users highlight and annotate ebooks, and share their thoughts with their social network. Launched in December 2011, Readmill can look back on a number of accomplishments: “We spent last year building the foundations of a great e-reading experience, including free ebook storage and access to lots of content.”

Getting content into their reading apps is a major hurdle for startups because of the fragmented, proprietary nature of the ebook market. A major breakthrough for Readmill came this fall, when it announced it was now supporting PDFs and EPUBs with Adobe DRM. Previously, Readmill users were restricted DRM-free texts. “It was our most requested feature — people really wanted to be able to read any book with the app.” Though adding Adobe DRM support is a major boon, there are books you can’t read with Readmill; Kindle and iBooks remain locked in their respective systems.

Kjelkerud says the expanded range of content has attracted more and different users: “Initially we had a very tech-savvy following, but now we see how people from all kinds of backgrounds are using our app, which is great of course. From a business standpoint it has allowed us to partner with more stores.” The improvement has also changed the way people use Readmill: “We see that more people are actually switching to Readmill as their sole reading app.” Readmill will soon release an iPhone app, with other platforms on the way. Kjelkerud says there are also major opportunities for discovery, which they’ll be exploring: “We’re really interested in how we can surface all the great content that people create within Readmill.” The social nature of the app means that recommendations are organic to the way the reading experience functions, not the product of an algorithm. “There are thousands of highlights created everyday, each one serving as a mini recommendation from one person to another. Over the next six months we’re going to make discovery even more polished for our users, and we’ll continue to work with publishers, authors and retailers to make this discovery valuable for them too.”

dotdotdot is a newer company that also offers iPad reading app with social components — their public beta version has just launched. Its goal is to improve the experience of long-form digital reading, from the moment you find a text to archiving it in a meaningful way after you’ve read it.

When Thomas Schinabeck, one of dotdotdot’s four founders, began talking with his future partners about the book industry, “it was a pretty depressing conversation.” The supply chain, with its few dominating players, crushes innovation. But when they set distribution aside and focused on possibilities for SaaS tools, they saw room for improvement in “the complete workflow of digital reading, which felt a bit broken for us.”

The first problem is the way various kinds of texts are artificially separated in a digital environment, based on categories that are natural to print. Should reading a long article really be so different from reading an ebook? Isn’t there a much bigger difference between a report on a soccer game and an article on gardening, than between a book and an article on gardening? Especially if I’ll reference the book and the article multiple times? “If the text is long and it has a long-term value, we wanted to be the place where you could import it, read it, and then work with text,” says Schinabeck.

Like Pocket, Readability, or Instapaper, dotdotdot lets you import and read articles you’ve found on the web in a distraction-free format. Interactive and social features are also important: highlighting, annotating, and sharing.

Archiving is dotdotdot’s third major function, and one Schinabeck describes as generally “underrated.” Similar to Delicious bookmarks, texts can be organized into lists (though unlike Delicious, the texts are presented in dotdotdot’s uniform format, with your annotations). The goal is to “give web content the chance to have a longer shelf-life. A lot of articles published last year still have value.”

Right now dotdotdot is working to make its lists sharable. When a list is shared, each user will receive a message instructing them on how import the texts to dotdotdot (since dotdotdot is not actually in the business of selling/distributing content). Once they’ve done so, they’ll be able to see each other’s comments and highlights.

dotdotdot is a new, developing product, and thus a limited one. Right now it works with DRM-free epubs, as well as HTML web content, and is mainly aimed at iPad and iPhone users (though a browser add-on is available for all common browsers).

Schinabeck explains that “adding more file formats is simply not a trivial thing to do.” At this early stage, the most important thing is “to show dotdotdot’s proof of concept, that what we are building is actually valuable.”

DISCUSS: An Idea We’d Like to See: Reading Playlists