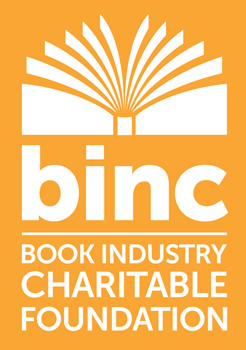 Starting on January 21, the Book Industry Charitable Foundation (BInC) has been auctioning off the letters spelling BORDERS BOOKS & MUSIC that once adorned the front of the company’s flagship store in Ann Arbor, Michigan.

The Borders-letters auction is the first such fundraiser in BInC’s history, and Pam French, the foundation’s executive director, reported that the event has so far met with a strong response. “For a lot of people,” French said, “those letters hold a lot of history.”

“For a lot of people,” French said, “those letters hold a lot of history.”

The BInC Foundation began in 1996 as the Borders Group Foundation, an independent charitable group that arose from Borders employees seeking to provide emergency financial assistance to other employees in different parts of the country. Following Borders’ 2011 bankruptcy, the foundation changed its name and expanded its mission to include the entire book industry. BInC spent much of 2012 working to raise awareness and spread the word throughout the book industry, and in the wake of Hurricane Sandy gave out ten financial grants to afflicted booksellers in New York, New Jersey and North Carolina.

Much like the The Authors League Fund discussed in today’s feature story, “Casting Financial Safety Nets for Authors in Distress,” the group offers financial aid for what “serious medical and disability expenses, loss of household income, disaster, and domestic violence, and states that it has assisted over 2,700 individuals and their families with a total of $4.1 million.

Past BInC events have included golf outings and other fundraisers, and the foundation is looking to plan larger, wider-reaching events for the future, such as concerts and other performances.

All proceeds from the eBay auction will help fund the BInCs financial grants program as well as future events. Just a few letters are remaining and you can bid on them here.