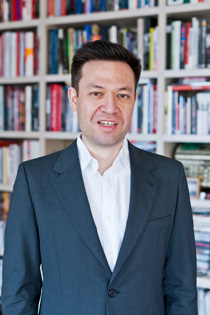 Fifteen years ago I bought a copy of Wang Shuo’s Playing For Thrills from Dillons in London’s King’s Road, a book briefly heralded by some in the West as ushering in China’s equivalent to Beat literature. Alas, this new literary genre never really took off.

Shuo and his peers wrote lots more but the books never caught on in the West. Readers there found these stories meandering and character-lite. What was more appealing to Western taste was “heavy scar” literature — writers recounting the pain of loss and suffering endured during the most terrible of the Maoist years. I have always used the comparison between Western and Chinese art — the former requiring a single perspective, complete with vanishing point; the latter having none at all — to illustrate the divergent cultural approaches to story-telling. These can lead to vastly different views of our shared world.

Even fifteen years ago, the Chinese literary perspective, in common with that of virtually all Asians save the Japanese, was viewed as being of little general interest to the West. But with Asia’s ascendancy during the late ’90s and ’00s, and the West’s economic freefall since 2007, nowadays the world according to Asia is not only of interest but viewed as a vital indicator of the possible future. Literature still provides us with the best means of hearing the voices on the ground, whether in the short clever satires of Hung Huang and Han Han, the longer works of Shuo, Su Tong, Mo Yan and Yan Geling, or the poetry of so many serving time at the pleasure of the Chinese Government. (Few seem to remember that classical Chinese culture ranked poetry as the highest literary art. In fact, one can still hear people from all social strata in contemporary China freely quoting verse in everyday conversation.) I realize I’ve discussed many of these writers before, but it seems to me worth listing them once more while demand for content about China is still exponentially increasing, and so many profess to want to understand the country and its people.

Twenty-five years ago when I studied at Beijing Language Institute, there was barely a travel guide on the Middle Kingdom available, and five years after that, when I did my thesis on business management in China, there were only two or three books on Chinese business — mostly collections of research papers, and most of these starting with an analysis of the great Beijing-Jeep joint venture. But then supply matched demand. Now there is a great thirst for information, yet readers still seem to be limited to understanding Asia, and particularly China, from a Western perspective, searching for glimpses of the Chinese psyche from the comforting standpoint of Western values. This approach is too simplistic, and worse it is misleading.

It is very likely that for years to come Chinese literature will not contain the same richness of characterization as Western literature does — hardly surprising perhaps in a culture which has developed along an entirely separate course, and which rates most highly different elements of the human condition and experience. A prime example of this can of course be seen in the much-vaunted freedom of the individual, so widely advocated throughout much of Western literature whereas in Asia generally it is considered to be of far less significance. This is probably the greatest sticking point for Westerners confronted with stories written about Asians for Asians. While Western commentators decry the perceived lack of individuality and freedom of will, they often seem to fail to see and understand that it’s in the small changes taking place at grass-roots level where so much of Asian culture and society is illustrated and revealed.

There are countless individual battles being waged in families across Asia every day, simply for the right to live a self-determined life. To many there, choosing to meander — and perhaps to sink without trace — among society’s adopted Western-style innovations is viewed as preferable to scratching the dirt with the rest of the community, as would have been the only option available to them twenty years ago, or simply being told what to do by a patriarchal figure. It is viewed by many as progress. But the fact that other Chinese may never fully embrace the concept of the primacy of the individual against the wishes of the majority, and may instead opt to respect the will of their family and community, should not be viewed with distrust and incomprehension by the West. Chinese literature may always lack a hard singular perspective and float too loosely for Westerner readers but that is a reflection of the nature of the people.

Like my peers, I have been fortunate enough to watch China progress from its simple post-Maoist Open Door policy in the mid-80s to the chaotic mixture of ideas and activities adopted there today. At times it has felt like sitting in a front-row seat watching history unfold before me — in exactly the same way, I imagine, as it must have felt to encounter Matteo Ricci in the Middle Kingdom four hundred years ago, China’s first epoch-changing experience of the West and the scientific innovation it offered. And I feel sad that at such an important time as this other people are missing their chance to share this experience by looking in the wrong places, or else demanding that the translation of Chinese culture recording this transition be made so “approachable” that the values, spirit and intent of its original voices are irretrievably lost.’

Duncan Jepson was a founder and is currently Managing Editor of the Asia Literary Review. He is a lawyer, filmmaker and author of the novel All the Flowers in Shanghai.

DISCUSS: China Will Never Be a Gold Mine for Western Publishers