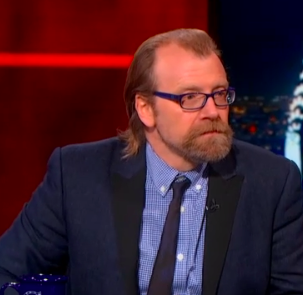 The short story writer George Saunders has been one of my favorite American fiction writers since I first ran across his book of short stories CivilWarLand in Bad Decline way back in 1995 in a Dublin bookstore. I read it in its entirety that afternoon and was, frankly, utterly baffled. The deficit was mine: I didn’t have the emotional cache and reserve of experience to draw upon to fully appreciate Saunders’ highly compassionate worldview.

Given the opportunity to profile him several years ago for The Texas Observer, I wrote about him as the perfect writer for the George W. Bush era. Accordingly, Saunders is, if you don’t know already, something of a surrealist. But that’s underselling his work, because his short stories are hardly an exercise in abstract pedantry. They are quirky, surprising explorations of some of our deepest feeling and profound dreams coalesced into short stories 8-pages or less. Think Donald Barthelme with less intellectual allusion and more warmth.

In that vein, you can get a lot out of this six minute discussion between Saunders and Stephen Colbert, in which the pair discuss Saunders’ new collection Tenth of December. Their brief chat begins with Colbert sarcastically asking why Saunders prefers the short story, when “America likes big,” which leads Saunders into a 3 minute master-class on the form, explaining how the short story communicates the pervasive feeling of urgency most of labor under each day, as opposed the novel, which can progress at a much more languid pace. Saunders notes that short story is genetically related to “a joke” or a “pop song,” which leads Colbert to quip, “then why not encode a short story onto some DNA and inject it directly into my mind or carve it on the head of a bullet and just fire it into my skull?”

You can watch the video here.