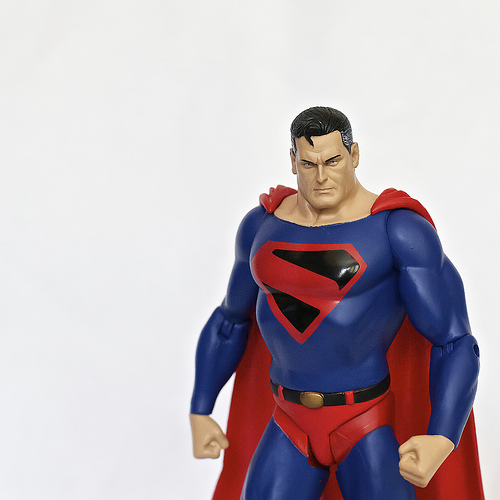 Will the comic book go all digital? Continue its slow decline? Disappear? If you’re a 40-something male like myself, chances are comic books were part of your adolescence, maybe even your 20s or — wow — 30s. But like Dungeons and Dragons, eating Frosted Flakes for breakfast, and reading Playboy “for the articles,” you’ve likely outgrown the habit or had it supplanted by some other more sophisticated form of self-indulgence.

Still, for me at least, comics were a gateway into the pleasures of storytelling (as was Dungeons & Dragons). Comics were addictive serialized soap operas, albeit with superheroes instead of oversexed suburbanites. And they started me on the very male habit of collecting: I too had a moldy box of X-Men comics that I was convinced, like my collection of second-rate baseball cards, would be worth a fortune some day. (Reality check: I ended up with mere chump change from a dishonest comic book dealer who saw me as the sucker I was.)

Comic book sales are are in a slow decline as superhero movies and merchandize rake in billions.

Today, as Daniel Kalder discusses in our feature story, the fate of the comic book format hangs in the balance. Sales are are in a slow decline, even as movies and merchandize based on comic book superheroes rake in billions. Stores specialized in selling comics (and role playing games, for that matter) are increasingly rare, as the Internet has offered an alternate distribution platform. Bound anthologies of comics, rebranded as graphic novels saw a boom in the early 2000s as bookstores began stocking them in vast quantities, picking up slack from comic book stores, but that trends has also declined.

So what is the future of the comic book format? Will it merely “go digital” like so much else? Will it hang on as a subculture catering to die-hards who as they age can afford to sustain the format by investing time, patience and money in acquiring what rea likely to be harder to come by comics? Or is the comic book form, like so much in our culture, due for a hipster revival fueled by a bout of nostalgia?

Or, as so many have cynically predicted about print, is the comics industry and outdated dinosaur in the last throes of its own demise?