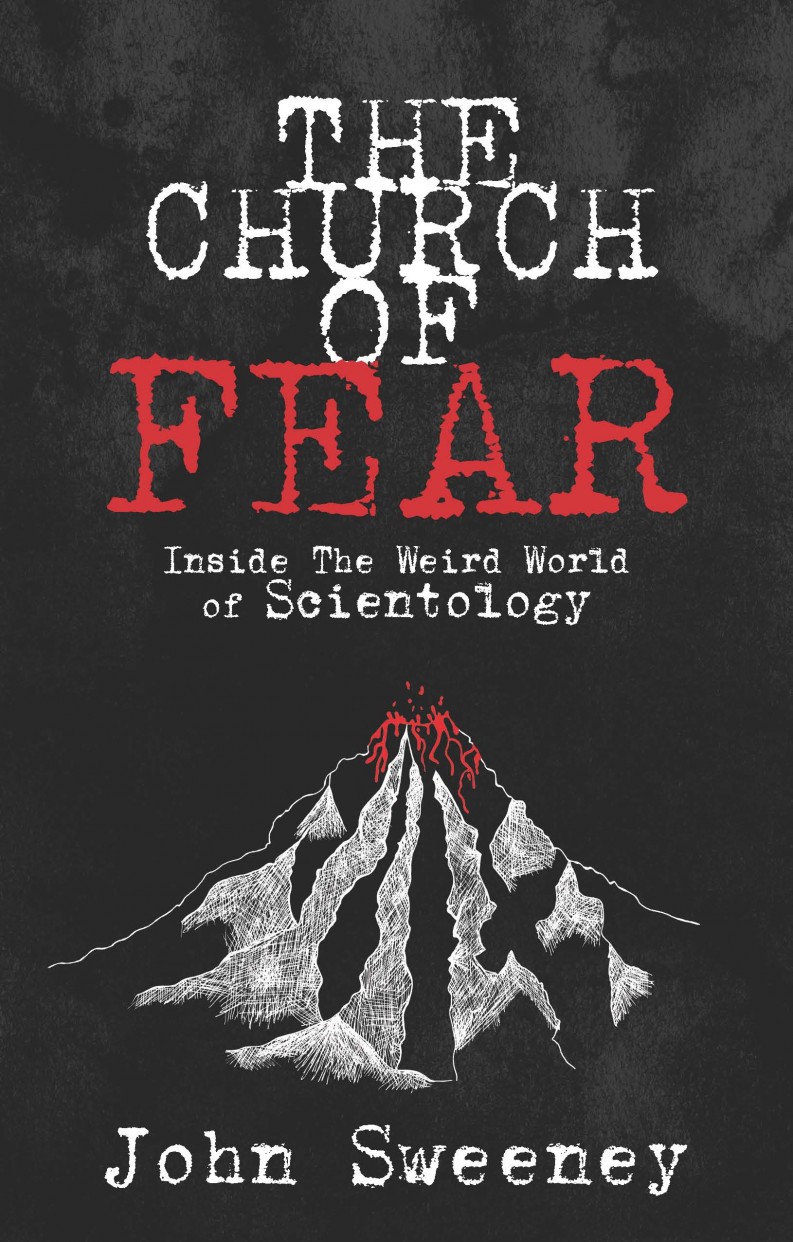 LONDON: Scientologists — don’t we all love ’em really? What would BookExpo America and the London and Frankfurt Book Fair be without Bridge/New Era’s wacky costumes, their endless stunts, their constant striving for publicity? Is anyone friendlier than the folk at the religion’s publishing wing? Does anyone have a better memory for names? Think what you like, these guys add to the passing parade and have been keeping us intrigued for years.

Before we go on, yes, I did say “religion” back there. You won’t find the c-word applied to them here. You know the one I mean — the one that has a “u” and a “t” in it, too. Come “l” or high water, I’m not going to use it because they don’t like it one bit. And since they’ve been welcoming and accommodating to me over the years, and my relationship with them is good, I would like that to continue.

“Although I’m worried, it’s worth remembering that the Scientologists haven’t sued anyone since the early ’90s.”

Phew, two paragraphs in and no legal letter yet. Quick peek outside. No-one filming the house. Great! Going well!

Scientology is in the spotlight once again because Transworld in the UK has abandoned publication of Lawrence Wright’s Going Clear: Scientology, Hollywood and the Prison of Belief while Knopf in the States, which of course shares the same parent company, Random House, is going ahead with the title later this month. This week also sees the UK publication of The Church of Fear: Inside the Weird World of Scientology (Silvertail Books) by BBC journalist John Sweeney whose legendary outburst on his Panorma program about the church is now a YouTube classic.

The situation with the Wright title in the UK seems mystifying at first.

Tranworld Publicity Director Patsy Irwin told The Bookseller last week that the title “didn’t fit in with their publishing schedule,” which was surely unintentionally misleading. Perhaps she said more but it wasn’t reported. Transworld's Larry Finlay: “The UK has much more stringent libel laws...If we had wanted to go ahead with the book there was too much to change.”

She was clearer to Publishing Perspectives, explaining: “We took legal advice, as we do with a lot of our books, and that advice was that the content was not robust enough for the UK.” Transworld MD Larry Finlay said more: “We bought it on the basis of an outline. The full manuscript didn’t come in until the end of November at which point we did a full risk assessment. Our advice was that we wouldn’t be able to defend it in the UK courts.

“The UK has much more stringent libel laws, which is why so many cases are taken up here. If we had wanted to go ahead with the book there was too much to change.”

We have been here before. In 2004, Random House UK pulled out of publishing Craig Unger’s House of Bush, House of Saud for the same reason. The book did eventually find a UK publisher, the independent Gibson Square, but changes were made before it appeared.

It has happened with Scientology titles too. In 2008, UK bookstores were warned off selling John Duignan’s The Complex: An Insider Exposes the Covert World of the Church of Scientology, published by Merlin Publishing in Ireland — where, to complicate things even further, libel laws are also different from England. Today, you can find this title on Amazon.com, but not on Amazon.co.uk. Yet one assumes that you could buy these titles in the open market bookstores of Paris, say, provided the retailer’s head office was not based in the UK. There are one or two other theories about Transworld’s decision. Did the book lack a champion in-house at Transworld, following the departure of its editor Simon Thorogood to Headline last year? Did the publisher look at the likely sales and understandably decide it wasn’t worth the hassle? And since it’s Scientology, there has to be a conspiracy theory too. Transworld publishes Lee Child in the UK. The first Jack Reacher film has just opened in the UK, starring…well, you can see where this theory is going.

The idea that celebrity Scientologist Tom Cruise, who plays Reacher, might have made his displeasure felt seems far-fetched, yet many of us remember the furore in 2005 after a South Park episode on the Comedy Channel made fun of the religion. Cruise allegedly threatened not to undertake promotional work for Paramount’s Mission Impossible III if Viacom — owner of the Comedy Channel and Paramount — allowed a repeat to air.

So where does all this leave Silvertail, which is about as small a publishing house as you can get. Established last autumn, Silvertail Books is simply one man, former agent Humfrey Hunter, plus freelancers. Is he nervous? “I wouldn’t be human if I wasn’t worried,” he says. “But we’ve trodden very carefully to make sure that we’re publishing responsibly and courageously. We’re publishing something that we believe to be true and defensible and which we think is important. “We have lots of interviews lined up for John both in the UK and the US this week. We’ve had the book read by legal people and we’ve been very careful on privacy issues. On its most serious allegations we believe we have enough witnesses to defend it.

“Although I’m worried, it’s worth remembering that the Scientologists haven’t sued anyone since the early ’90s. Their policy has been to pay lots of money to scary lawyers who frighten people into not publishing. I’m not sure that they actually want a case to come to court and have to answer the allegations being made.”

Interestingly, several major houses turned down Sweeney’s book, among them HarperCollins. Yet HarperCollins’ parent company, News International, was quite happy to serialise the title last week in the Sun. It is entirely possible that the publisher turned Sweeney’s book down for the same reasons that Transworld has abandoned the Wright title. But when it comes to certain newspaper groups, perhaps we have a case of might squaring up to might: would the Church of Scientology really want to take on Murdoch, News International, Fox News, Twentieth Century Fox?

Following the trail of which exposés have been published and which territories they are allowed to be purchased in is complicated. The nuances of different countries’ interpretations of libel are as complex as European variations on retail price maintenance.

Certainly, Sweeney’s outburst to Scientology spokesman Tommy Davis (son of the actress and fellow Scientologist, Ann Archer, who used to attend the Frankfurt Book Fair with Bridge in the late Nineties) has done no harm for his profile. “In terms of the book, that was a very good career move,” says Hunter. “Wherever you go, people know who he is.”

If this fame of sorts translates into sales in the UK, both Sweeney and Hunter will be pleased – naturally. But the Scientologists haven’t seen the book yet, so this story may have another chapter to add yet. The passing parade continues.

SURVEY: Should Transworld Have Gone Ahead with their Scientology Exposé?