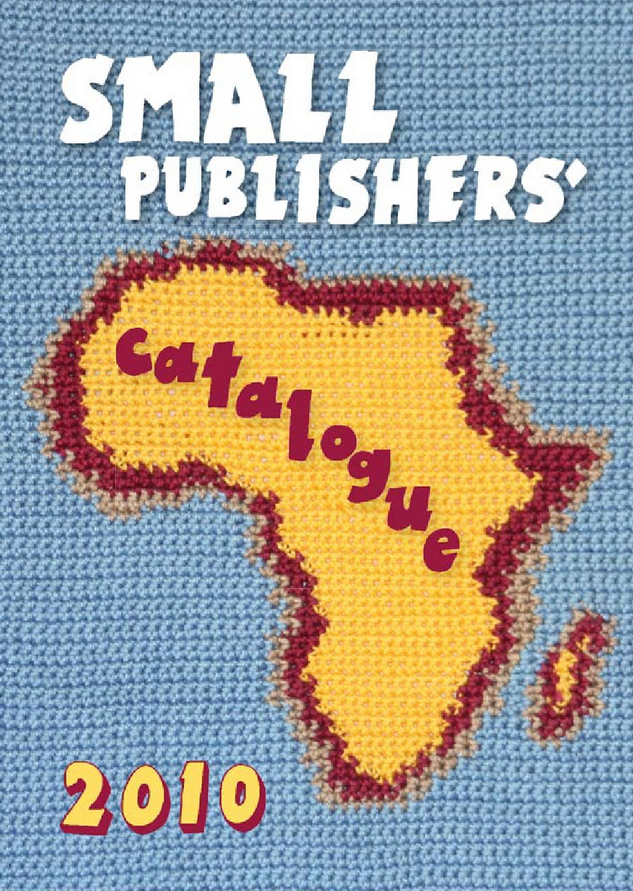 The 2010 cover of the Small Publishers' Catalog

The project was started by Modjaji’s founder and publisher, Colleen Higgs. “While working at the Centre for the Book, I was involved in the first Small Publishers’ Catalogue which only featured South African publishers. University librarians from the British Library, Harvard, Yale and Stanford were at the Cape Town Book Fair, and they all eagerly snapped the Catalogue up, as did stores like Clarke’s and local university librarians. We printed 500 copies and now sadly it is out of print.”

The 2010 edition, published by Modjaji, was also an admittedly limited attempt at a “complete” listing, with many publishers missing. Even so, the online version has had over 4,200 visits and 500 copies were sold and distributed at the 2010 Frankfurt Book Fair. It was also sold via South African bookstores.

And while earlier editions were very much South Africa oriented, the 2013 version is designed to be much more comprehensive. In addition, Higgs adds that, “my dream is to be able to compile a list of African literary magazines and to publish some new articles that will be of interest and value to publishers and to writers and others in the book world in Africa and to those interested in books in Africa.”

Why the need for the catalog?

“Small publishers are not afraid to take risks. They are often the first to discover and print new and original writing. Many people not even those in the book world, such as librarians, booksellers, larger publishers, and books page editors are not aware of the extent and fertility of this part of the book world. Putting this catalogue out there is a way of uncovering and shining a light on this important work.

The Small Publishers Catalogue is a way of letting more people know about the work of independent and small publishers in Africa. Unless the information is collated it is difficult to find contact details or to know who is involved and who is doing what and where.

The Catalogue offers insight into the extent of small publishing. It reveals the number of committed writers and publishers toiling away, doing extraordinary, creative cultural work.

There are lots of publishers who do amazing work, getting out the stories and experiences and writings of people all over the continent which enable us to understand our worlds and ourselves differently.

Want to make a donation to help make the catalog possible?  Click here.