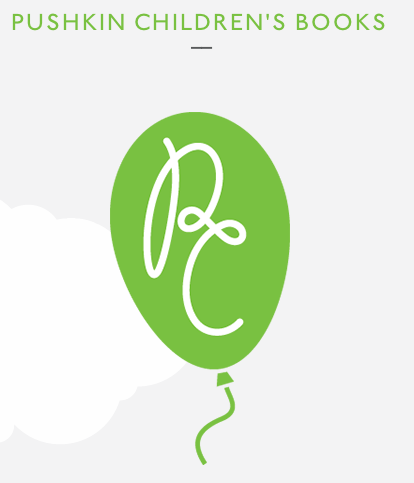 Pushkin Press, the UK based publishing house that “publishes the best writing from around the world,” has announced that it will launch a children’s imprint, Pushkin Children’s Books, with the goal of publishing works that have had success overseas but have not found a publisher in the UK. Publisher and Managing Director Adam Freudenheim and Associate Publisher Stephanie Seegmuller, who purchased the company less than a year ago, are planning to release 10 to 15 titles per year, aimed at five to twelve-year-old readers, with a mix of commercial and more “literary” works.

In a press release, Freudenheim said, “Pushkin is passionate about introducing fantastic books from all over the world to the UK, ensuring that British readers are given access to a wealth of international literary treasures. We’re finding celebrated children’s book that have never been published here, and many of which have never been translated into English before. It’s exciting to be unearthing these gems and presenting them to new audiences.”

The first title will be released in May, the eco-fable that won the Icelandic Library Prize (and was covered by Publishing Perspectives here), Andri Snaer Magnason’s The Story of the Blue Planet; along with two picture books for five to eight-year olds, Vitello Scratches a Car and Vitello Gets a Yucky Girlfriend by the Danish duo Kim Lupz Aakeson and Niels Bo Bojesen.

The following month will see the publication of Pushkin Children’s Books lead title for 2013: the first of the five-volume bestselling “Oksa Pollock” series from France, The Last Hope, by former librarians Anne Plichota and Cendrine Wolf, described by Seegmuller as “a thrilling fantasy adventure series with a feisty new heroine for readers aged 10 and over. Oska has already won armies of fans across the world. Brace yourselves, Pollockmania is about to hit the UK.” To date, the series has been published in 27 languages.

Other titles for 2013 include the bestselling Dutch classic from the 1960s The Letter for the King by Tonke Dragt; a collection of modern French fairytales, The Good Little Devil and Other Tales, which has already been published in 18 languages; and A House Without Mirrors, a magical tale of a family coping with grief and growing up, by Swedish author Marten Sanden.

In 2014, Pushkin will publish the “Save the Story” series from Italy (already published in twelve languages), featuring classic stories such as Cyrano de Bergerac and Gulliver’s Travels, Antigone and King Lear, re-told for children by some of the world’s best and best-known writers, including Umberto Eco, Ali Smith, Dave Eggers and Jonathan Coe.

The imprint’s website, which has yet to be launched, will be found at www.pushkinchildrens.com