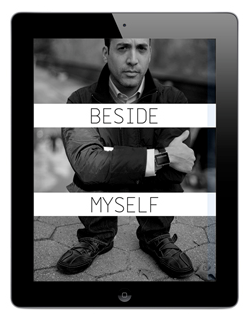 When it comes to the issue of ebooks, we’re focusing in all of the wrong places. In Wim Wenders’ 1972 film The Goalie’s Anxiety at the Penalty Kick, itself based on Peter Handke’s novel, a young goalie suspended by his team for losing a game goes on a murderous spree in a small town which no one except his victims seem to notice. At the end of the film, he goes to watch a soccer match by another team. While there he asks a fellow spectator to try and concentrate on the goalie — at that moment doing nothing much — rather than the forwards and wings chasing, kicking, and passing the ball. The film’s protagonist points out that it’s a difficult thing to do; our eyes—and our attention — always want to travel to where the action is.

I take the film, and its last scene, to be an indictment of society’s obsession with glamorous topics over others that are more important, but perhaps mundane. In politics, for example, you rarely hear about the necessity of infrastructure funding. Keeping our roads and bridges repaired and safe always loses out to the more incendiary social or financial issues that garner miles of headlines and hours of news coverage.

“The screen was supposed to be limitless, a portal to another dimension…yet novels have merely traded one container for another”

I think of this in terms of publishing because, when it comes to the issue of ebooks, we’re focusing in all of the wrong places. To go back to Wenders’ film, we’re too impatient to focus on the goalie; all we want to follow is the ball. Huge amounts of attention are therefore being given to more or less superficial parts of the debate: pricing, formats, business models, the latest gadget. What are being sidelined are the most important aspects of literature’s digital future. Namely, how can we use digital devices to change the way we tell stories? How will the ebook change the novel? And how will writers respond to a world where they can think beyond the boundaries of text, print, and covers?

The novel has helped foster publishing’s success since it was invented by Cervantes over 400 years ago, and yet readers—more than a decade into the arrival of ebooks—are experiencing stories on a screen in much the same way they do on the page. In fact, Apple recently filed a patent for an “animated graphical user interface,” which is basically digital page-turning. Where we could be innovating, we’re just creating another skeuomorph.

It wasn’t supposed to be like this. The screen was supposed to be limitless, a portal to another dimension. A magical mirror in which truly anything could appear: words, pictures, movies, sound. And yet novels have merely traded one container for another, with stories trapped inside. Because of this, the future has so far proved to be an illusion, if not a setback.

My own contribution to this discussion is the recently released iPad app, Beside Myself. Beside Myself is an interactive novel that allows the reader to choose their own order, shuffle the novel’s contents, arrange them like an iTunes playlist, or follow one narrator around at a time (and, if they do, they receive an ending specific to that narrator). There are also live links in the novel to fake websites, fully functioning email addresses to the characters (and to me), along with interactive menus, original photographs and music, integration with Facebook and Twitter, and more.

Beside Myself builds upon the print-based promises of B.S. Johnson and Julio Cortázar, and seamlessly translates their experiments to the digital realm by allowing readers to actively participate in how they experience the story. In an age where consumers of content are increasingly becoming changers of that content — whether it’s mashing up songs, creating video parodies, or chopping up their favorite tunes into ringtones — some aspect of literature has to follow suit.

Other recent projects have also pointed the way toward a combining of technology and storytelling. The Silent History, a visually arresting “literary product” using real locations and crowd-sourced passages, and Mark Z. Danielewski’s animated ebook of his novel The Fifty Year Sword, also push the limits and boundaries of the writing and reading experience. This is, I think, the novel’s future: combining the storytelling of the past with the technological feats of the present and future.

It’s not that publishers aren’t trying; there have been numerous examples of enhanced ebooks and apps. (Disclosure: In the past ten years I’ve worked for two of the Big Six publishers in New York, and continue to do so.) The problem is that almost all of the “extras” are being added after the fact; the digital enhancements are trying to turbo charge what is otherwise a standard story. This is why the enhancements sometimes feel perfunctory. The situation is akin to colorizing a digital movie; there’s nothing inherently wrong with the original black and white film. Instead, what needs to happen is that writers should think digitally from the very beginning, envisioning the novel as something with technology as part of its DNA and not as a distant cousin.

I also think the literary establishment needs to embrace digital storytelling. It’s gotten so used to, and comfortable with, the old touchstones and references that it seems unwilling to look elsewhere for inspiration. An article in the New York Times praised several recent novels for being influenced by James Joyce’s 1922 book Ulysses. And while these are fine novels — each worthy of the attention of the Times — and Joyce is an important and lasting touchstone, I think we need to expand our literary horizons. Past is prologue, but if we spend too much time recycling the literature of yesterday we’ll turn into nothing more than an ink-stained ouroboros.

Another article, from this past December in The Atlantic entitled “How Do Millennials Like to Read the News? Very Much Like Their Grandparents,” cited a Pew report stating that “young mobile readers don’t want apps and mobile browsers that look like the future. They want apps that look like the past.” And I can see why this is: all they’re reading are books from the past. Millennials want a “print-like experience” because most of what they’re reading, when it comes to ebooks, is merely an electronic facsimile of a printed product. When it comes to The Great Gatsby, I’d want it in paper too. But I also want a new experience.

Stories began before the invention of the book: as oral tales, recited poetry, knots in a rope or even just sound and rhythm. And stories will continue to evolve. But we can’t let the fact that these are new iterations of something we hold dear deter us from embracing them. As Woody Allen’s character in Annie Hall says to Diane Keaton about photography, “It’s interesting because it’s a new form, and a set of aesthetic criteria have not emerged yet.”

We don’t have the tools to judge, let alone name, these new “literary products” that currently exist. And no one seems willing to take the time to try and figure out new language to identify, quantify, and criticize what is hopefully the next metamorphosis in the novel’s long line of innovations and transformations. Because it’s really very simple. As Keaton responded to Allen’s comment on photography, “You mean, whether it’s a good photo or not?” In the end, that’s all we really need to know.

DISCUSS: How Should Authors Envision the “Digital Novel”?