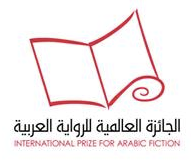 The shortlist for the 2013 International Prize for Arabic Fiction was announced yesterday in Tunis, Tunisia, with books covering topics that might be surprising to non-Arabic readers, including religious extremism, intolerance, the split between thought and behavior in the contemporary Arab personality, the frustrations felt by Arab women and their inability to break through social barriers, as well as generally bringing to light the corrupt reality and hypocrisy that can be found throughout the region on social, religious, political and sexual levels. The six shortlisted books are:

The Chair of Judges Galal Amin commented on the list, “The members of the committee feel extremely pleased that they were able to select an excellent shortlist of newly written Arabic novels, which bring to the fore several evolving talents around the Arab world. The committee is gratified to note that outstanding creativity is common across Arab countries and generations of writers.”

And Jonathan Taylor, Chair of the Board of Trustees, added: “We’re delighted to welcome and honour six new writers for the Prize. Their works have been selected by our Judges for their outstanding quality and it is a great pleasure to be able to bring them to the attention now of a wider Arabic audience and, in due course, to international readership.”

On the other hand, M. Lynx Qualey, on her Arabic Literature weblog Arab Literature (in English), while pleased that the judges did not go for the more widely known and acclaimed authors on the longlist, noted that, “In general, the shortlist seems to emphasize page-turning novels over more experimental works, which is a criticism that has been levied at the English-language Booker Prize (more than once). Indeed, judging chair Galal Amin is himself an author who puts accessibility at the forefront of his project. Amin also has been criticized for being conservative by those who remember his attack on Mohammad Choukri’s For Bread Alone, a book here defended by Naguib Mahfouz.”

The six shortlisted titles were chosen from an initial longlist of 16, that were announced last month. The novels were selected from 133 entries from 15 countries, published over the last twelve months. The winner will be announced at an awards ceremony in Abu Dhabi on April 23, 2013, on the eve of the Abu Dhabi International Book Fair.

An English translation of the winning novel is guaranteed, and all five previous winners of the Prize received English publishing deals for their novels.

For further information about the prize and the shortlisted novels, click here.