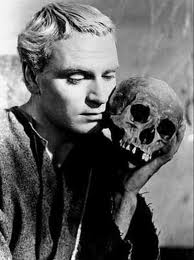 It’s a new year, and if one of your resolutions was to read more of the classics, what better way to start then to join. It’s a masterpiece that rewards multiple readings (which, of course, may be what defines a masterpiece); one that can be viewed through multiple perspectives. As Jan Kott wrote, “There are many subjects in Hamlet. There is politics, force opposed to morality; there is discussion of the divergence between theory and practice, of the ultimate purpose of life; there is tragedy of love, as well as family drama; political, eschatological and metaphysical problems are considered. There is everything you want, including deep psychological analysis, a bloody story, a duel, and general slaughter. One can select at will. But one must know what one selects, and why.”

This is going to be fun. We hope you’ll join us.