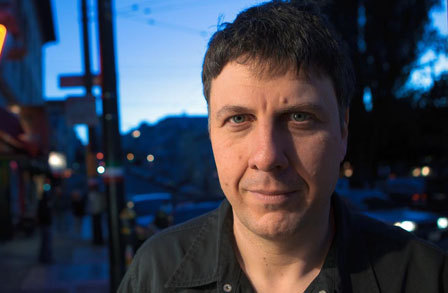 Poetry may be a hard sell in the mass market, but Seattle’s Wave Books has figured out how to survive — and excel — in the stormy economy.

The nomination of Mary Ruefle’s Madness, Rack, and Honey for the National Book Critics Circle award for criticism is just one indication of the significant work published by Wave Books.

Over the past decade, Seattle boutique press Wave Books has built a reputation for publishing cerebral, formally innovative poetry that’s also deeply warm and human. The press’s accomplishments have grown from a philosophy that considers the text and the writer as the first and essential elements of publishing. If that sounds like common sense, it’s apparently very difficult to put into action. At Wave it informs everything from cover design to submissions processes to translations.

Sales are rising, especially since an improved website made direct sales easier.

In 2000, Editor Matthew Zapruder and fellow poet Brian Henry founded Wave’s forerunner, Verse Press, in order to make a home for works by their peers who were having trouble publishing elsewhere. Verse operated as a non-profit until 2005, when businessman and philanthropist Charlie Wright bought the organization, creating Wave Books. Wright became publisher, with Zapruder and Joshua Beckman as editors and Verse’s titles as backlist.

Let’s say that while Wright is not making money hand over fist from his purchase, he has made an investment in the future of poetry. Zapruder explains, “Think about a press like New Directions. I don’t think people were buying a lot of Ezra Pound or William Carlos Williams books when they came out, but they do now.” Managing Editor Heidi Broadhead says that sales are rising, especially since an improved website made direct sales easier for customers. Subscriptions are growing slowly too, which is good for Wave, and for readers too: “It connects people to the press, which is a great thing, but it’s also a really affordable way to get the books.”

Wright’s union with Zapruder and Beckman is a happy one in terms of editorial vision. Wave’s list now centers around mid-career poets of the generation whose first books were published by Verse a decade ago. The consistency of the quality is exceptional, and though they’re not a publisher that depends on blockbuster titles to support the rest of the list, Broadhead says two books garnered major media attention that significantly raised Wave’s profile overall — Maggie Nelson’s 2009 Bluets and Timothy Donnelly’s 2010 The Cloud Corporation. “Verse press was born out of necessity, we published things because they needed to be published and no one else was going to do it. And that ethos has been the consistent guiding principle even though our focus has naturally changed as our list has gotten older,” says Zapruder. “Whatever we do, we do because it needs to be done and it needs to be done by us. I think if you’re guided by that principle, then your publishing house will be interesting and it will have some integrity.”

Wright, formerly director of the Dia Art Foundation, introduced more than financial security and another editorial voice to the organization. He’s also brought knowledge from the art world. Zapruder credits him with shaping the style of Wave’s book covers. Since about a year ago, their paperbacks have featured highly recognizable black-and-white typographical covers, with color hardcover editions. According to Zapruder, font is the design element “most intimately related to the reading experience, and I believe the cover design should emerge from that decision and not vice versa.”

Just as content determines the font, which determines the cover, Wave adjusts its submission channels to fit its vision for the various texts it would like to publish. “We try to make the way we open ourselves up to new work related to the actual choices we’re going to make,” says Zapruder. Prior to publishing an anthology of political poems in 2008, Wave had a year-long open reading period for them: “that was how we learned what a political poem was and opened ourselves up to things we wouldn’t have otherwise seen.”

Prize nominations, like this year's NBCC nod for Ruefle's book, are all-important affirmations for modest-sized publishers.

Wave’s compact list contains translations from German, Russian, Spanish, and French. The reason for the eclectic mix of languages is that Wave’s first goal is to find titles that fit with its aesthetic vision, not to represent a particular language, which is probably not a realistic goal for their small size anyway. Zapruder and Beckman contact poets whose style is right for Wave, and who also work as translators, then ask them about potential projects. The selected titles “illuminate some aspect of poetic practice that we think is not really being adequately explored or could be more fully explored in American poetry.”

Wave also has made a tradition of taking on projects whose scope extends beyond their books. In 2006, a cross-country bus trip brought poets to 50 different cities for readings. It also organizes a yearly poetry festival in Seattle — last year’s theme was translation, this year it’s film. The ancillary materials it sends to its subscribers are just as fascinating as its event programming. Its “found criticism” series of pamphlets highlights materials that are intimately related to texts, but are not typically considered criticism. For example, the queries of a Bengali translator of John Ashberry’s Houseboat Days reveals a cross-section of the practice of translating — with all of its potential for misreading and complication. The gulf between practice and theory is particularly glaring in the case of translation, and this is a wonderful example of the ways that organically generated incidental materials can illuminate practice and participate in the work of theory.