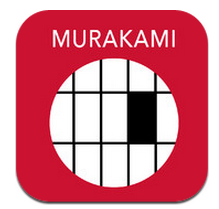 The Telegraph reports that Vintage Books and Aimer Media have joined forces to create a Haruki Murakami inspired diary app, Murakami Diary, containing six new exclusive short stories by the acclaimed (and often rumored Nobel Prize candidate) Japanese author as well as quotes from earlier works, all in honor of the release in paperback of his latest title, 1Q84.

Quotes and images are found within the diary format. For example, accompanying the diary page for Sunday March 31 is a quote from the novel Norwegian Wood: “[The letter] was dated 31 March. After I read it, I stayed on the porch and let my eyes wander out of the garden, full now with the freshness of spring. An old cherry tree stood there, its blossoms nearing the height of their glory.”

Digital publisher Dan Franklin said, “This idea came from [editor] Francis Macmillan at Vintage. They had produced a Murakami print diary in 2009 and wanted to bring it to digital life. This time we crowd-sourced fan favourite quotes on Facebook and wanted to use a diary format to showcase the backlist cover redesigns, and the six very short stories that we’ve included.

He added, “It’s a pleasing alternative to the New You New You fitness frenzy, and it’s for the fans but we hope will ease new readers into Murakami’s world literally day-by-day.”

At The Guardian, self-professed literary and technological geek Stuart Dredge wrote that “As a fan of [Murakami’s] work, I was initially wary, but ended up impressed. The design feels right, sitting nearly alongside the cover artwork of his books here in the West. The app’s design doesn’t jar with your expectations, but also the books lend themselves very well to the quotations format.

From a publishing point of view, too, Murakami Diary integrates Apple’s iBookstore nicely, popping it up within the app to browse and buy the eBook versions, which then download in the background…As publishers continue to figure out how they can use apps to market authors and novels in an interesting way, Murakami Diary is certainly worth its slot on the App Store, and on the devices of Haruki’s fans around the world.”