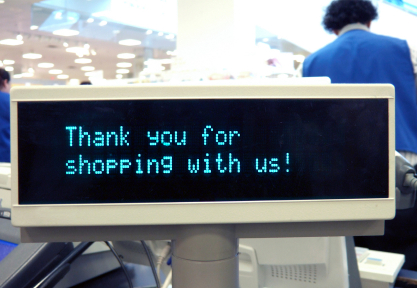 If some 47% of Americans don’t routinely buy books, it’s time we try something radical. Let’s start with men. In today’s feature story Ashely Gordon of Mockingbird Cause Publishing in Fairhope, Alambama points out that, according to recent surveys, some 47% of Americans are not routine book buyers. For a commodity that is so cheap, that’s a lamentable figure, but it appears that the publishing community — focused as it is on survival and maintaining what profit there is to be had in this difficult business — has suffered a failure of the imagination (shameful in a business that traffics in creativity) in how to entice readers and turn them into book buyers.

Perhaps “failure” is too strong of a word. The industry has been trying. New formats from the ebook to downloadable audiobooks have been introduced over the years, publishers are working toward making the most of the opportunities for digital media, and booksellers have done as much as they can to lure customers with everything from discounts to events.

And while this has worked to generate increasing sales from existing book buyers, there is still that lamentable figure of 47%, one that represents over 50 million Americans (once you discount children too young to read or purchase books). Imagine what could be achieved if the publishing business could generate one or two more sales from each of those individuals in a given year? And what if you could do that year after year?

Let’s be honest, it’s not as if books are difficult to come by. Public libraries lend them for free, used bookstores sell them for cheap, and some new grassroots programs like World Book Night are literally sticking some wonderful books into people’s hands for free. What’s more, with the advent of self-publishing, the industry is no longer the ivory tower it once was. The doors are open to all who want to publish a book, a number that (several years ago) was revealed to be approximately 200 million Americans — nearly all of us.

If so many want to write, shouldn’t they also be reading?

Perhaps it’s time for the publishing community to do something radical to entice new readers. I don’t know what that might be, but I might suggest that we start with something specifically targeted at men. My guess is that an overwhelming number of that 47% is male and it seems like a sensible proposition to target the most obvious group we know who don’t regularly buy books and read.

Got a radical solution? Agree? Disagree? Let’s talk about it in the comments.