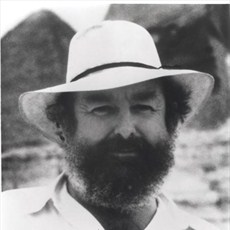 Fantasy continues to be a growing business. Just look at the enormous following that HBO TV adaptation has brought to George RR Martin’s Game of Thrones, not to mention Peter Jackson’s first Hobbit movie which has, as of this writing, grossed $886m worldwide. So it seems the perfect time to push the work of a writer like Michael Moorcock to a public hungry for fantastical stories. Michael Moorcock has a lot to offer would be television and film producers.

Moorcock, fantasy and science fiction grand master, has been a mover and shaker in publishing for seven decades now but many of his key works have gone in and out of print. Starting this February, with the help of publisher Victor Gollancz, a subsidiary of the Orion Publishing Group, this is about to change.

Starting next month, Gollancz will be bringing out all of Moorcock’s genre works back in print, including Elric, Hawkmoon, Jerry Cornelius and Corum, and the author informed us how this came about when we chatted to him in December.

“I signed a very bad contract with Anthony Cheetham of Orion which ultimately led to my not wanting my books to be reissued by them. After Malcolm Edwards took over, we began to discuss how best to publish the books and ultimately, between my agents Howard Morhaim and Caspian Dennis, Malcolm and myself, we decided on a plan to put them back into print as omnibuses and as e-books in individual titles. It was also agreed that John Davey would be the editor of the series in collaboration with Marcus Gipps and Darren Nash, VG’s print and electronic editors respectively. John knows my work better than I do and is preparing, with me, what we plan to be definitive editions of my genre fiction as well as a few non-genre titles, including three volumes of short fiction. All are revised but none radically. These will be published over the next two years from early 2013 when we’ll publish the most recent Elric trilogy for the first time in the UK,” he told us eagerly. Gollancz has shifted away from heavily illustrated covers to something less literal and more suggestive.

As well as appearing in print, the Gollancz titles will also see the light of the digital screen as ebooks. The writer’s attitude to the benefits of this format is pragmatic as is his approach to the idea of print on demand, which makes sense considering the fact that he has always embraced new ideas:

“I think ebooks have many virtues. It means many books which might have been overlooked by regular publishers can now find readers, that old titles and indeed the oeuvre of many ‘forgotten’ writers can be made available. For instance, I’ve recently been able to help publishers get the work of Gerald Kersh and Jack Trevor Story back before an audience. Both fine writers who would almost certainly not be in print without ebooks and POD. It has changed the nature of bookselling, of course, and put the likes of Borders out of business just as Borders put smaller shops out of business. I foresee an increase in niche or specialist bookshops like Forbidden Planet, the Travel Bookshop and so on. Second hand shops are likely to have a section of POD books, too. It does mean I think that fewer writers will be able to command the kind of advances which enabled them to live comfortably while writing a book and will have to learn to live off royalties but it could bring a fresh realism to the economics of publishing. It probably means the dinosaurs will become, as it were, baby alligators.”

“Warts and All” Attitude

Even though some of this revived work is decades old, Moorcock’s attitude to his older material is sanguine, he admits.

“I’ve always had a ‘warts and all’ attitude to my fiction. Other writers tend to suppress early, embarrassing, work but I assume everyone who is interested will try to get copies anyway so why make it hard for them. Also, my work is interconnected so while The Sundered Worlds might be a terrible novel it is the one which introduced the concept of the multiverse (and first employed the term in an astrophysical context) as well as black holes, miniature computers and so on (all, of course, in very naive scientific terms) so is therefore pretty central to my SF and Fantasy fiction.”

In fact, he is still very proud of some of his earlier prose series and he went so far as to name a few of his earlier works that he feels still stands up now.

“Dancers at the End of Time, The Warlord of the Air series, The Warhound and the World’s Pain. Gloriana. Of my fantastic books I think they are amongst the best written and with the best characterisation. They were all sort of ‘out of genre’ when I first wrote them but have become genre by virtue of their influence on the genre (if that makes sense). That is, I didn’t conceive them as genre when I first wrote them. To be honest I’ve always been against classification by genre and would much rather libraries and booksellers shelved by author rather than type. As it is, my non-genre fiction gets shelved as SF/Fantasy anyway so I guess I’m also reconciled to that!,” he told us, laughing resignedly.