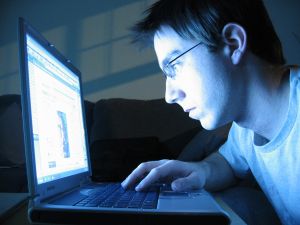 Now faced with so many choices, authors will have to re-think how they conceive of their books. Novelists all start from different places and write accordingly. Some like to plot an entire book in advance, some in their head, some on a spreadsheet. Others begin at the end and work backwards. Still others begin with a voice, a character, or a scene.

But the “digital novel,” whether that is interactive or not, offers multiple opportunities to break the proverbial frame of the book. It can be read linearly or non-linearly; stories can be framed in such a way where action unfolds in different time frames and — here’s the difference — can be experienced as such.

But faced with so many choices, authors will have to re-think how they conceive of their books. As Jeff Gomez, author and Penguin executive, argues in today’s feature story “The Publisher’s Anxiety at the Electronic Book,” writers should think digitally from the very beginning, envisioning the novel as something with technology as part of its DNA and not as a distant cousin.”

Naturally, not all authors will want to go this direction, though — on good advice — they should.

But what does it entail? What’s the process? How exactly should authors envision this new “digital novel”?

Share you thoughts and ideas with us in the comments below.