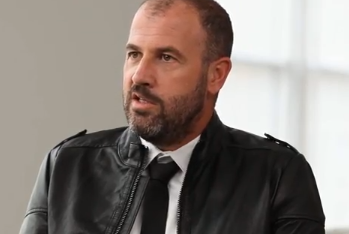 James Frey has successfully reinvented himself and the book packaging model.

Frey explains that the formula isn’t as Draconian as it’s been made out to be in the press since the company’s inception. In the past, their work for hire contracts were publicly vilified, most extremely by a writer in New York Magazine in 2010 (who had a project in the works with Full Fathom that went sour). The article claimed that Frey’s company was a “Fiction Factory” employing hungry young talent, plucked straight from enviable MFA programs, at the pay rate of (wait for it) $250 per book. “The fact that we work exclusively with graduate students is a myth,” says Frey. “It’s not true. We work with New York Times bestselling writers as well as talented up and comers.” Contractually their pay scale isn’t standardized, he explains — nor could it be — because their products are spread so far across the multimedia map, not just in terms of medium, but also in terms of audience.

“We work with New York Times bestselling writers as well as talented up and comers.”

“Many book packagers focus on one demographic, like Alloy, who makes books and products exclusively for teenaged girls,” he says. Alloy, of course, is the force behind the adolescent girl phenoms Gossip Girl, The Vampire Diaries, and the Sisterhood of the Traveling Pants franchises. “And I have a lot of admiration for what they’ve done. We’ve done some things for that age group, but I like to think that we’re ‘demographic agnostic.’ We’re not working with a specific demographic. If we have a great idea for a new population, we’ll try it out.” The collaborative piece of his business lies in deciding how to best roll out an idea. “If there’s a great idea, our job is to figure out what to do with it.”

Every contract is negotiated differently, depending on the product, its complexity, and its creator. “Obviously we’re looking at whether it’s an 8,000-word early chapter book or a full-length adult thriller.” The contracts are still work for hire, and authors get credit on their books, as well as a negotiable percentage of the ancillary products that spin from the original project.

Frey says they pay writers the going rate now, and they’ve streamlined their pitching process. Rather than have writers deliver completed manuscripts before circulating them to publishers, they’re being asked to submit four or five sample chapters to determine if they’ll work.

These days, Frey has affectionately and ironically adopted the term Factory. “The original idea of the Factory came out of art, like Andy Warhol’s Factory. We’re mimicking that studio model,” he explains, such as that of the British shark-in-formaldehyde artist Damien Hirst, who employs dozens of assistants to generate artwork, by his design, in his name. “The studio model works, but the difference is that this isn’t done to glorify my own name. My name isn’t on our products.”

Full Fathom Five has grown to employ four full-time editors in their SoHo office in New York, as well as two full-time producers in Los Angeles. At any given time, they’re working on 30 to 50 projects. With over 40 projects already born into the marketplace, they’ve established a relationship with most of the major publishers, such as HarperCollins, and many of the biggest studios, such as Disney.

Up and coming is The Cloak Society, a YA series written by Jeramy Kraatz aimed at kids aged 8 and up. (The tagline reads: “An elite organization of super villains graced with extraordinary powers.”) The project already has a television deal hatched with Sony. Kraatz is an MFA Columbia grad who works in the animation industry in Texas, and this is his first novel.

The synergistic relationship between mediums is a model that Frey regularly works towards. “The ideal is when two things can be linked.” His first successful multimedia combo began with the I Am Number Four blockbuster, a YA sci-fi alien novel that morphed from bestselling book to series to the big screen as a collaboration between Disney and Dreamworks. Marquis names are also starting to creep onto their products.

“We’re excited about a new early reader series we’re doing with Shaquille O’Neal called Little Shaq. I think Shaquille is a great role model. He’s a great dad, a great son, a great brother.” FFF is working on expanding the brand from books and TV (it would seem to be a no-brainer contender for animated series) into the flesh and blood world of youth sports, creating something along the lines of Little League for young basketball enthusiasts. The name? Little Shaq.

DISCUSS: Would Publishers Be Better Off Dropping the Word “Book”?